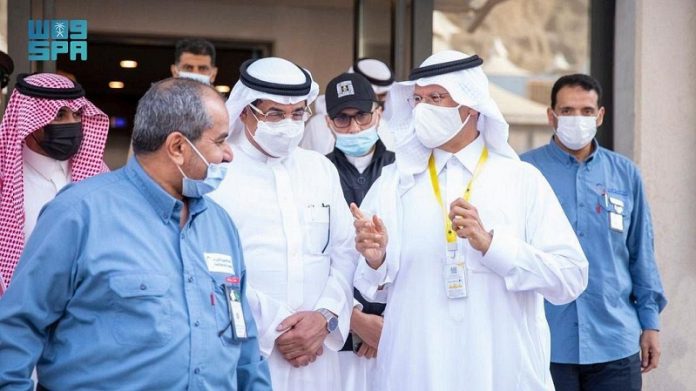 Mina (UNA-OIC) – Saudi Minister of Energy Prince Abdulaziz bin Salman and Acting Minister of Hajj and Umrah Dr. Esam bin Saad bin Saeed paid Wednesday an inspection visit to the Saudi Electricity Company headquarters in Mina, where they were briefed on the electricity services being provided to pilgrims in the holy sites.

The energy minister stressed that serving pilgrims is unmatched honor and that the directives of Custodian of the Two Holy Mosques King Salman and Crown Prince Mohammed bin Salman urge making utmost efforts to facilitate the needs of the pilgrims in the holy sites.

For his part, the acting minister of Hajj and Umrah stated that the ministry always aspires to provide the best services to the pilgrims.