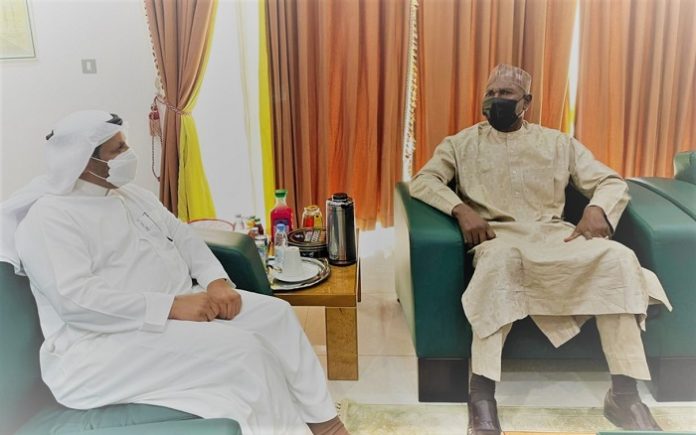 During the meeting, the two parties reviewed aspects of coordination and exchanged views on issues of common interest, and discussed ways to enhance cooperation in various fields concerned with the OIC. They also examined the role of member states as well as permanent representatives in facing challenges and strengthening their roles towards the issues of the Organization.

The Nigerian diplomat praised the efforts of Saudi Arabia in support of OIC member states, including Nigeria, which witnessed the Kingdom’s contribution to supporting areas such as education, health, food and agricultural security, and early recovery.

Ambassador Lawal affirmed that the Kingdom’s commitment to supporting Islamic action is due to its strong belief in the importance of cooperation between countries to alleviate the human sufferings of some peoples, while it looks forward to the future of the Islamic Ummah and joint Islamic action that serves the interests of OIC member states. He also commended the other efforts of the Kingdom to help the poor and needy people in many developing countries.

For his part, Al-Suhaibani reiterated the importance of such meetings, which enhance the OIC activities in serving member states and addressing Islamic issues, in addition to promoting consultations among the permanent representatives to mobilize efforts towards fruitful relations of cooperation between the OIC countries in support of joint Islamic action.