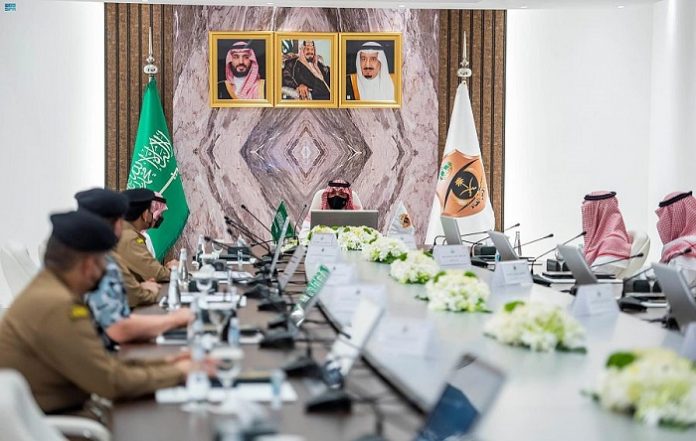 Makkah (UNA-OIC) – Saudi Minister of Interior Prince Abdulaziz bin Saud bin Naif, Chairman of the Hajj Supreme Committee, has inspected the workflow in the Command and Control Center at the Public Security Headquarters in Mina.

During his meeting with the leaders of the Hajj Security Forces, the minister was briefed on the procedures of implementing this year’s Hajj security plans. Meanwhile, he conveyed the greetings of Custodian of the Two Holy Mosques King Salman and Crown Prince Mohammed bin Salman, deputy premier and minister of defense, to the participants in the Hajj season.

During the meeting, they reviewed the current stages of the Hajj security plans, and the preparedness of the Hajj Security Forces to carry out their tasks to maintain the security and safety of the pilgrims.

It is noteworthy that the interior minister had inaugurated the expansion and modernization of the Public Security Headquarters in Mina and the Television Control Room, whose operational capacity was increased after installing the latest technical capabilities.