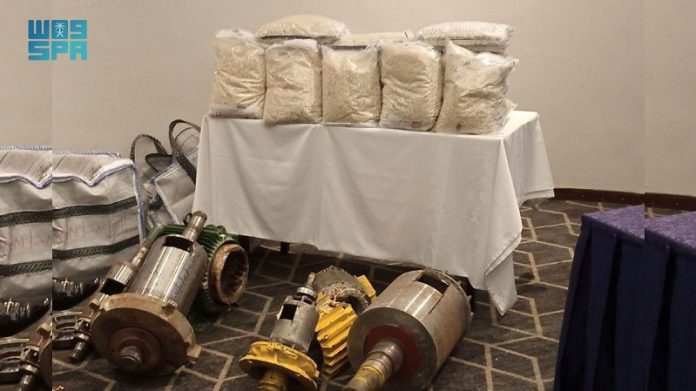 Riyadh (UNA-OIC) – Proactive security follow-up of the activities of criminal networks that smuggle drugs into Saudi Arabia resulted in thwarting an attempt by one of the drug production and smuggling networks linked to Lebanon’s terrorist organization Hezbollah, said Security spokesman of the Saudi Ministry of Interior Col. Talal Al-Shalhoub.

The criminal network attempted to smuggle 451,807 amphetamine tablets into the Kingdom by sea from Lebanon to Nigeria, hidden inside mechanical equipment, where it was seized, in coordination with the Nigerian counterparts before being shipped to another country and sent to the Kingdom.

The security spokesman noted the positive cooperation of the counterparts in Nigeria in the follow-up and seizure of narcotic substances. He stressed that Saudi Arabia continues to follow up on criminal activities that target its security and youth with drugs, confront and thwart them, and arrest those involved in such activities.