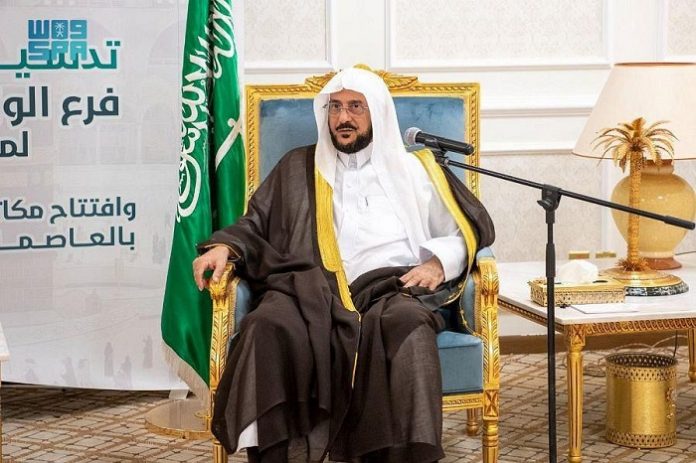 Coinciding with the start of the 1442H Hajj Season, these projects and initiatives will be implemented by the ministry in order to achieve its general objectives represented in providing the highest quality services for pilgrims, in line with implementing health measures to prevent the spread of the coronavirus.

Sheikh Abdullatif Al Al-Sheikh affirmed that these projects and initiatives seek to achieve integration and coordination with various agencies to provide the highest standards of safety and service for the visitors of the Two Holy Mosques.

The projects include operation and maintenance contracts for Miqats of Qarn Al-Manazil, also known as Al-Sayl Al-Kabeer and Wadi Mehrim, as well as the mosques at the Holy Sites, with a cost of SAR 31,324.807. This is in addition to an application project for smart devices to educate and guide pilgrims and launching Wi-Fi service in Arafat-valley-based Namira mosque.

The projects also include installing 62 screens to broadcast awareness-raising messages in different languages.

The ministry will provide 30 interactive screens for the Islamic electronic library. Additionally, the ministry will activate robots to answer inquiries. This falls within the ministry’s keenness to achieve social distancing by providing e-services.

As for the initiatives, they include distributing 200,000 umbrellas for pilgrims and those working in Hajj, providing meals for pilgrims at the Miqats and providing four golf cars and 2,000 prayer chairs for elderly people.

The minister praised the efforts being exerted by different agencies to serve pilgrims and visitors of the Two Holy Mosques. He also commended the agencies’ keenness to implement all health measures to ensure the safety of pilgrims.