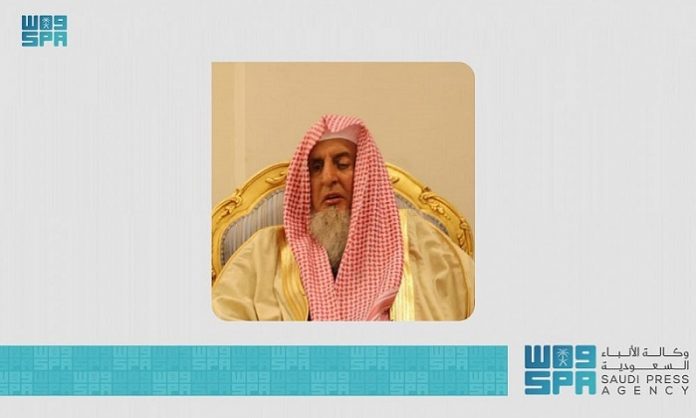 Mina (UNA-OIC) – Saudi Grand Mufti Sheikh Abdulaziz bin Abdullah Al Al-Shiekh, who is also chairman of the Senior Ulema Authority and General President for Religious Research and Ifta, lauded the efforts being exerted by the public and private sector agencies to serve pilgrims, in implementation of the instructions of the Kingdom’s prudent leadership, amid the exceptional circumstances caused by COVID-19 pandemic.

In a statement to the Saudi Press Agency (SPA), Al Al-Sheikh paid tribute to all public and private agencies working with the utmost capacity to make Islam’s fifth pillar a success, amid the precautionary and preventive measures prescribed by the competent authorities for the pilgrims’ safety and comfort. He advised the pilgrims to seize this rare opportunity to worship Allah Almighty and appeal to Him to forgive their previous sins.

The general mufti also appealed to Allah for accepting the deeds offered by the Government of Custodian of the Two Holy Mosques King Salman bin Abdulaziz and Crown Prince Mohammed bin Salman, as assets and credit in their record of good deeds.