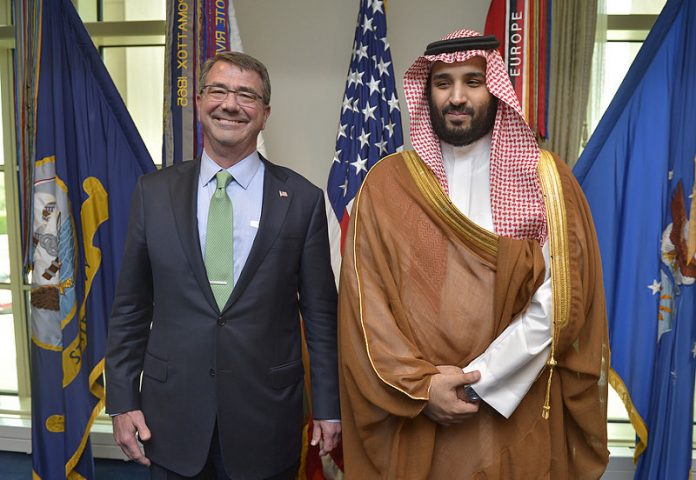 Finally, the devastation in Yemen caused by Saudi Arabia’s unrelenting war, seems to have caught the attention of America’s mainstream media.

This dramatic turnaround from being an uncritical endorser of the House of Saud, to have found a voice able to articulate reservations about the monarchy’s unjust war is a belated change.

The “better than late” focus on the enormous humanitarian crisis in Yemen has been spurred on by the extrajudicial execution of Jamal Khashoggi within the precinct of the Saudi consulate in Istanbul, Turkey.

Khashoggi’s murder at the hands of hitmen deployed by the de facto leader of the Saudi regime, Mohammad bin Salman (MbS), has outraged the world. Since his disappearance when he entered the consulate on October 2, mass media has kept audiences captivated as leaks provided by Turkish authorities, detailed gory information about his killing and dismemberment.

While Turkey’s President Erdogan continues to play a sophisticated cat and mouse game with the Saudi leadership, his drip feeds have succeeded in forcing grudging acknowledgment from US President Trump, who has had to keep changing his narratives.

From initially being quite subdued – a rarity given Trump’s boisterous personality, to have to admit that the crime cannot be condoned, he kept referring to his CIA chief while insisting that harvesting Saudi petrodollars for weapon sales were his main priority.

American mainstream media platforms, especially those Trump regards as hostile to him, have had to reconcile their own agendas with a growing public interest on the question of Saudi Arabia’s human rights record.

As expected, public disgust with the murder of Khashoggi whose sound credentials as a Washington Post columnist and as an active dissident who feared to return to his Saudi homeland, generated a demand for more intrusive probes on MbS and his loathsome conduct.

The spotlight thus on his actions as the architect and main driving force of the inhumane catastrophic war on Yemen, has finally begun. Suddenly US media reports are awash with harsh words critical of Saudi air strikes that have killed thousands of civilians at weddings, funerals, schools, hospitals and on school buses.

Of course, context and necessity have seen the need to shed light on the fact that Saudi war crimes in Yemen have been aided by American-supplied bombs and intelligence. Equally important are the warnings by aid experts who claim that an insidious form of economic warfare is exacting a far-reaching toll on Yemeni civilians.

The result is haunting as Americans and the world has to contend with images which spell out that impoverished masses of Yemeni citizens face a famine of catastrophic proportions.

Confronted with the ugly reality of a regime which until the gruesome killing of Khashoggi had been spared from criticism, civil rights groups have justifiably raised valid questions about the policies of many countries who are in bed with the Saudi regime.

These talk to issues of hypocrisy, double standards, greed, corruption and whether profits should trump principles.

South Africa has also begun to face pressure on similar grounds for its arms trade with Saudi Arabia. Unlike Trump, President Cyril Ramaphosa has not made any brazen remarks in defense of exports of weapons; nor has he commented on allegations that supply of such makes South Africa complicit in Saudi war crimes perpetrated in Yemen.

Paradoxically while Ramaphosa is emboldened by Saudi pledges of financial investment to boost South Africa’s ailing economy ravaged by corruption, he has no choice but to subject the arms trade to the stringent criteria guiding the country’s arms convention.

Just as the American media has been slow on picking up the horror inflicted on Yemen by the Saudi regime, so has South African media too. This, notwithstanding abundant depictions of the scale of humanitarian crisis via social media.

It took the ghastly murder of Khashoggi for allies of MbS, who has been hailed as the “great reformer” to turn attention to his tyrannical reign. Yet Yemen has been bearing the brunt of his destructive policies, and continues to this day for almost four years.

Indeed, an objective study of the cruelty and barbarism associated with MbS, will reveal that the horrific execution of Khashoggi carries his signature. People in the know, especially Saudi dissidents and analysts familiar with insider details of the monarchy, will remind us that their efforts to challenge the romanticized version of a “faithful ally” had always been suppressed.

What happens next is a chapter still to be written. The current showdown between Turkey and Saudi Arabia is on the question of extradition. Though it appears that MbS is adamantly opposed to the hitmen facing trial in Turkey, Erdogan remains adamant that they have to face the music under Turkish jurisdiction.

As the world rightly demands that Khashoggi’s murderers must face the full might of the law, its left to be seen whether Yemen’s cries for justice and an immediate halt of the war will be heeded.