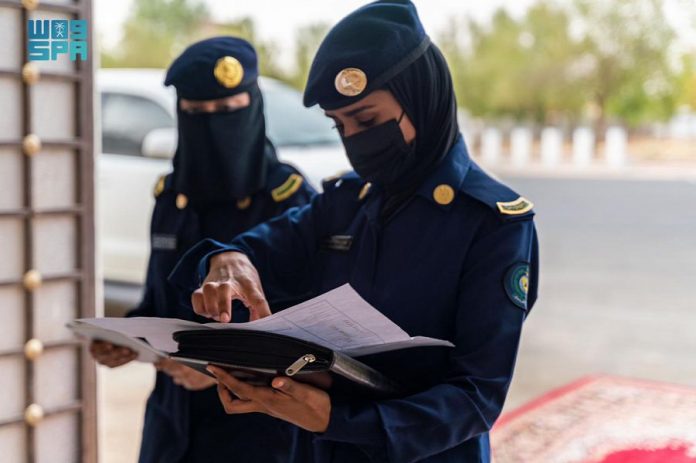 Makkah (UNA-OIC) – The presence and participation of women in all walks of public life in Saudi Arabia have grown remarkably in recent years, thanks to the initiatives under the Kingdom’s Vision 2030.

The annual Hajj season is also no exception for this incredible advancement and empowerment of women.

Women are now taking part in almost all sectors involved in serving the pilgrims, including both security and service sectors, leaving an impressive mark through their contributions to ensuring the security and safety of the Guests of Al-Rahman. They worked in various capacities to serve pilgrims in ancient times too.

Of late, there has been a huge increase in the number of women representing various sectors of the Ministry of Interior, including Civil Defense, Jawazat and Public Security, in the organization, inspection, monitoring, field follow-up, translation, and receiving communications apart from other works and assignments.

The Government of Custodian of the Two Holy Mosques has supported the presence of women in various fields and enabled them to be a partner in the tremendous transformation being witnessed in Saudi Arabia, in line with the Kingdom’s Vision 2030.

The vision considers women as an important component of the Kingdom’s strength, and it seeks to hone their skills, invest their energies, and enable them to obtain appropriate opportunities to build their future and contribute to the development of society and the economy. This is through providing the factors that help empower them with acquiring political will, economic potential, and a societal awareness about the importance of the role of women in development.

The female soldiers extended outstanding contributions in terms of enhancing security at the Grand Mosque and the holy sites and ensuring the safety of pilgrims’ camps as well as at the facilities for those serving pilgrims during this year’s Hajj season.

These include Civil Defense personnel who have assumed various tasks and safety missions at the holy sites around the clock. Some of them are tasked with ensuring the safety of pilgrims’ camps, while some others are stationed to prevent and protect the camps from fire, and yet others are there to monitor the functioning of fire extinguishers and electrical appliances.