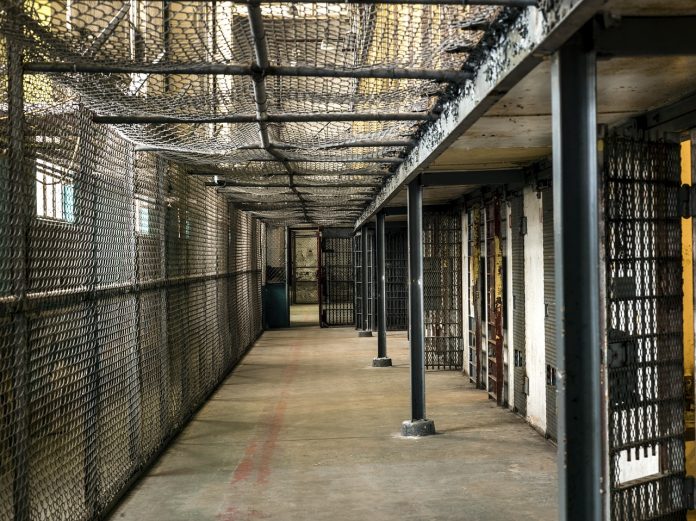 They say that a prisoner is freer than his prison keeper, for though the prisoner is in chains, his mind is free while his prison keeper is a captive of his own greed. I’d like to think of myself that way. I’d also like to think that sticks and stones will break my bones but names will never hurt me. I’ve experienced both the sticks and stones as well as the name-calling.

My dungeon is small, dank, gloomy, gray. I’m a prisoner of a federal crime I didn’t commit. Of course, most prisoners say this very same thing, but my claim is real. I was arrested on false charges. False witnesses testified against me and I refused to take the plea deal because I am innocent. If I take a plea deal, it’s as if I admit to something of which I’m not guilty. Instead of serving 10 years on a plea deal, I am serving a sentence of more than 30 years.

I was 18 at the time a SWAT team raided my home. Before that raid, it was a beautiful summer day. I had just finished swimming in the pool at my apartment complex. The aroma of freshly mown grass permeated the air. Tall oak trees shaded the parking lot. A red cardinal hopped from branch to branch, tree to tree. My mother was out running some errands. It’s good she didn’t see a bunch of police surround me, throw me to the ground, and then roughly handcuff me. “What are you doing? Why are you arresting me? I’ve done nothing and am guilty of nothing,” I yelled.

Someone punched me in the head so hard that I passed out. Can you believe that this could happen in a country where everyone is innocent until proven guilty? Everyone but me. I was guilty. My body was thrown in a van and somewhere on the way to jail, I woke up. The van smelled like sweat, dirt and blood. I didn’t hear my mother’s screams when she returned home. I didn’t see her tears or hear her anguished cries for me, her only child.

My trial was long and drawn out. Every day I sat not far from my mother in the old courthouse, facing a jury of supposedly impartial people. I noticed the bored look on their faces. My alleged crime wasn’t for murder or theft. I had not actually committed any crime, yet here I stood at a mock trial. There was no physical evidence against me. Some paid informants testified against me. In the end, the judge determined my guilt on the grounds, “In the future, he might do something against our country.”

I’ve never heard of any conviction so flimsy. How can anyone be convicted of potential future intentions? How can anyone serve a sentence of more than 30 years for a crime not committed? I sit in my small cell and contemplate everything that happened after my arrest. I don’t understand any of it. As a prisoner, I try to avoid trouble, for if I even say anything deemed not appropriate, I’m punished even further. My poor distraught mother visits me on occasions. All her efforts to help me have proven futile.

Time passes slowly. I am scratching butterflies on the wall of my prison just as those innocent before me have done. I am an artist, so my butterflies are colorful and most importantly free. They soar above the clouds and gracefully move to green fields where red poppies bloom and the scent of liberty fills the air. I cannot dry my mother’s tears. I try not to let my own mourning overcome my sanity. My dull prison routine is only eased by the butterflies that surround me. I not only sketch butterflies on my prison walls, but I have also become one of those beautiful butterflies.