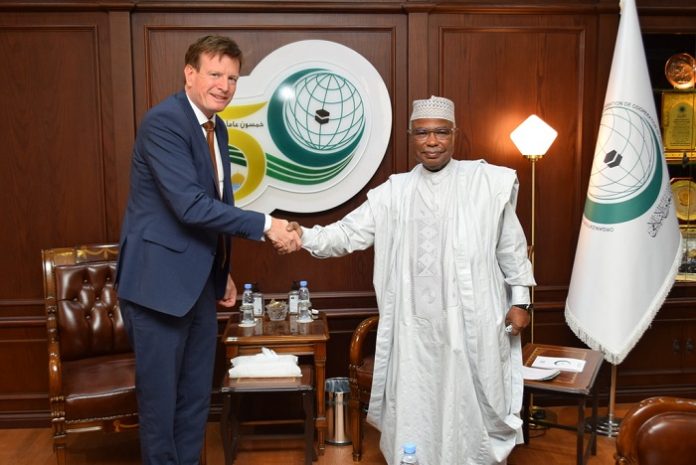 Jeddah (UNA-OIC) – Secretary-General of the Organization of Islamic Cooperation (OIC) Hissein Brahim Taha received here on Wednesday Ambassador of the Kingdom of Norway to the Kingdom of Saudi Arabia Thomas Lid Ball, who is also the Norwegian Special Envoy to the OIC.

During the meeting at the General Secretariat headquarters, they discussed ways to enhance cooperation between the OIC and the Kingdom of Norway and reviewed other international issues of common interest.

The Secretary-General expressed his appreciation for Norway’s role in promoting international peace and security and for supporting development efforts in OIC member states.

For his part, the Norwegian Ambassador hailed the status of the OIC and its positive role in the international arena.