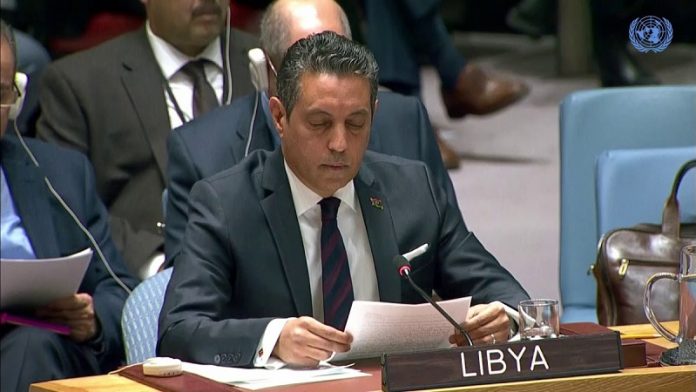 New York (UNA-OIC) – The United Nations Security Council has unanimously passed a resolution that calls for all foreign forces and mercenaries to leave Libya and gives the green light for a UN team to monitor last October’s historic ceasefire agreement.

In a second vote announced in New York on Friday, the Council members also passed a resolution unanimously, renewing measures relating to the illicit export of petroleum, through 30 July 2022.

The UN-brokered agreement last year was signed by military representatives of the internationally recognized Libyan Government of National Accord (GNA), and rival administration of the so-called Libyan National Army (LNA), based in eastern Libya.

The resolution just passed, gives approval to the Secretary-General’s ceasefire monitoring plan, and notes the need for constitutional and legislative backing for Libya’s new electoral process to be in place by 1 July, ahead of parliamentary and presidential elections planned for 24 December 2021.

The resolution underlines that the Joint Military Commission (JMC) of the GNA and LNA, needs to develop a broader plan specifying how the ceasefire mechanism will be implemented, and how UNSMIL monitors can be deployed.

The monitoring mechanism resolution 2570, also “strongly urges” States to support the October ceasefire agreement, including the withdrawal of all foreign forces and mercenaries from Libya, “without delay”.

Briefing journalists just before the results of the voting were disclosed in the Council, Spokesperson Stéphane Dujarric said that the UN was committed to “helping the political leaders of Libya”, noting that “what we want to see, is all foreign fighters leave Libya.”