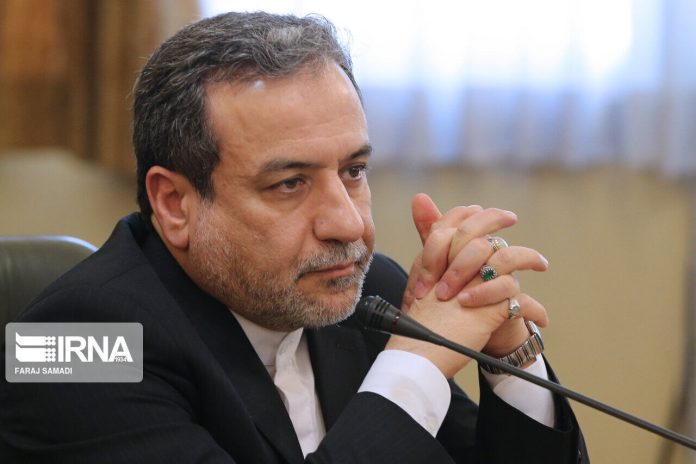 In an interview with the Italian daily newspaper la Repubblica, Araghchi said that Iran does not have any special stance on the transition of power in the US.

Iran is waiting to see what the new president will do to rectify the Trump administration’s mistakes, Araghchi added.

US president-elect Joe Biden took office on January 20 after he won the former American president Donald Trump in November 2020 election.

The senior diplomat noted what recently happened in the US Congress shows the real face of the American democracy and that it is clear, they have no right to tell other states how to resolve their internal political problems.

Supporters of Trump swarmed into the Congress building in the first days of January where the lawmakers were to confirm the victory of President Biden after the November 3 presidential election across America.

About Iran’s demand from the Biden administration on the nuclear agreement, he said that the Islamic Republic puts forward realistic requests which call on the US to lift the sanctions and return to the nuclear deal, formally known as the Joint Comprehensive Plan of Action (JCPOA).

There is no other alternative, said Araghchi adding “We negotiated with goodwill and implemented the deal also with goodwill. Now, it is the new American government’s turn to correct the mistakes of the former administration.”

The US should remove all sanctions if it wants to return to the deal, Araghchi emphasized adding that Iran is ready to fulfill all its commitments to the JCPOA only when the US officials do the same and lift the sanctions.

Asked whether he had any secret contacts with the new US administration, the diplomat said there have been no contacts while the country has no will to do it until after the American officials fill their new posts and start activities.

Touching upon Iran’s missile program, the diplomat said Iranian missiles are the sole secure tools for defending the country, so there will be no negotiations about the issue.

Turning to the issue of relations between Iran and Italy, Araghchi said the two countries have always had good ties based on mutual respect.

He added that Italy has always been one of the most important trade partners for the Islamic Republic.

Rome and Tehran will resume economic ties if the sanctions are lifted, he concluded.

Reportedly, the new US president is willing to rejoin the JCPOA from which Trump withdrew unilaterally in May 2018.