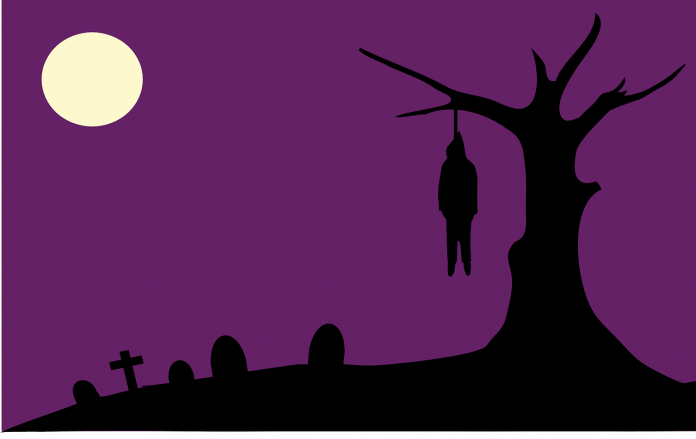 Residents in Minneapolis are angry and outrage to a viral video showing police officer on top of a black man with his knee on the man’s neck as he pleads “I can’t breathe.” George Floyd later died

I have deep sympathy for the loss of life of a police officer and violence against police officers is unacceptable and unjustified. Each year many officers lose their lives trying to keep our Communities safe. The majority of citizens take for granted the ability to sleep safely, allow families to enjoy walking in the park or shopping in the malls and know their family and property are protected. However, I also have profound sympathy for the people of color who are shot by the police. I have always said that deliberate and unjustified killing is a crime against humanity. There is no difference between lynching a man or putting your knee on his throat and choking him to his to death.

Police brutality against African America has escalated during this current president. The severe rise of racism is the result of Donald Trump not condemning the White Supremacy rally in Charlottesville, military officers using Nazi salute and symbols at a football game and Donald Trump’s twits against four congresswomen.

Where is the murder charge? Why are there numerous acquittals of police officers? This was lynching and where is justice? The issue of police brutality will continue if this does not become a national conversation on race and policing. Vice President Biden if elected should be addressing and implementing real changes – especially given his writing and support of 1994 Crime Billed signed in law by President Clinton.

President Obama missed the opportunity to hold a dialogue about race and law enforcement by saying “I’m not the president of black people, I’m the president of everyone.” But this is a question of justice and being concerned about police brutality and racism. There is a lesson in Karbala for all people, particularly people who have been oppressed, marginalized and exploited. For African Americans, the lesson of Karbala is one of sacrifice, a struggle for justice and hope for a fair and equitable future.

What a contradiction and hypocrisy of the interfaith communities. I remember attending the Night vigils, Candlelight services, Wakes services and press conferences for shooting in the Mosques in New Zealand and shooting at the Tree of Life in Squirrel Hill, Pittsburgh.

The statistic of death of Blacks in police custody are shocking and often go unreported or misclassified. However, On May 4th, 2020 FBI release 2019 statistics on law enforcement officers killed in the line of duty. According to statistics reported 89 law enforcement officers were killed in line-of-duty incidents in 2019. Of these, 48 officers died as a result of felonious acts, and 41 officers died in accidents. However, the National Law Enforcement Officers Memorial Fund reported 38 officers have been shot and killed in the line of duty in 2019. However, according to https://mappingpoliceviolence.org/ Police killed 1,099 people in 2019. Black people were 24% of those killed despite being only 13% of the population. According to the National Academy of Science, Black men’s risk of being shot and killed by police is 2.5 times higher than that of White men and 1 in every 1,000 Black men will be shot and killed by a police officer.

Time after time our justice system has failed and allowed the cops to get away with murder. When a police officer or law enforcement officer violates their policies and procedures, it is a crime. However, it is sad that the elected officials have failed to recognize that.

African Americans face the biggest challenges since they were stolen from the shores of Africa. They have been fighting racism for the last 100 years. What the African Americans are going through is the same battle during the South African apartheid and the Palestinians are fighting against the Zionism at present time. US police institutional racism is the most polite and insidious type anywhere in the world. Deflection by police, media and other institutions begins with character assassination to sedate our conscious that the victim was not worthy of our love.

US has been condemned by a UN Human Rights Council via Universal Periodic Review (UPR) for human rights failure, particularly with regards to racism and police brutality against African Americans and especially children. ACLU participated in the UN review process. Jamil Dakwar, director of the ACLU human rights program said, “The report included Many fitting recommendations to address the police brutality and excessive use of force as well as ending racial profiling against minorities and immigrants.” The report sends a strong message of no-confidence in the US human rights record.

United Nations is powerless when it comes to upholding human rights where blacks are concerned. Moreover, the US owns the United Nations and has a stronger grip than combined African and Latino Nations. US has managed to make the UN Human Rights Commission and the rest of the world not to recognized slaved African Americans as a sovereign group of people. US has perpetuated anti-Blackness at UN in spite of irrefutable facts, documentation and statistic that proves racism and brutality against Black in the US. It is time for African American leaders to change the narrative of police brutality as a human rights issue and take it to the UN. Fighting for justice at the UN may not be a magical solution as the UN has not to hold Zionist Israel accountable to what they are doing to Palestinians

The Nation founded on human rights principle of equality under the law and respect for the dignity of the individual, how can Police brutality be growing across America. Huma rights are embedded in our constitution, laws and policies at every level of government. And America portrays herself as a champion of human rights, but how come when we have so many incidents of police brutality. The list goes on with Trayvon Martin, Tanisha Anderson, Michael Brown, Tamir Rice, Eric Garner, Freddy Gray, Alton Sterling Philando Castile, Elijah Al-Amin, a 17-year-old shot and killed because a white man didn’t like the rap music she was playing. Atatiana Jefferson who was playing a videogame in her home shot and killed by police, and Botham Jean eating a bowl of ice creams at home shot and killed. These were not even legitimate encounters. These happened at their home due to police brutality.

It all about the justice system but, how are we going to make these changes? We need to choose our elected officials and not the DNC or RNC. It’s all about register to vote, come out to vote and run for the offices such as judges, district attorney, attorney general, mayor and city council. Malcolm X said: “We suffer political oppression, economic exploitation, and social degradation — all of them from the same enemy. The government has failed us; you can’t deny that.” – Malcolm X, “The Ballot or the Bullet” (1964)

What can be done:

Strengthen the legislation on racism, expand training to eliminate racism and excessive force by law enforcement officers. Better training in conflict resolution, independent civilian oversight boards, mandatory use of body camera. This should be pushed through by executive order. If the President can sign an executive order for Muslim Ban or a border wall, were no life are in danger, he should sign the executive to prevent excessive force used by the police and stop militarizing the police force. And lastly, focus on young people to register to vote, open small businesses, and train them to become entrepreneurs.