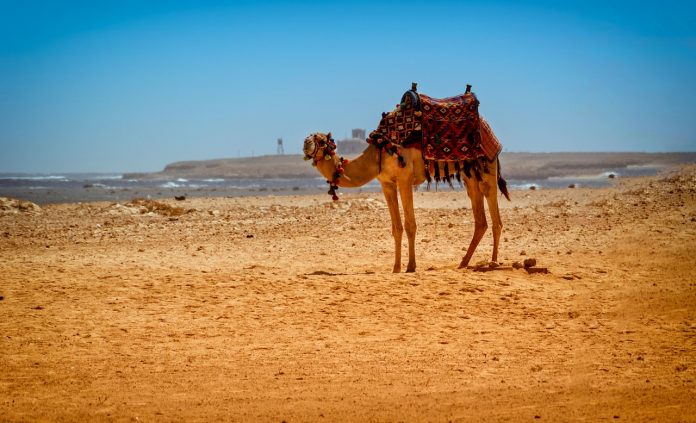 The video is chilling- 23-year-old Mahmoud el-Ahmady desperately appeals to the judge in an Egyptian court. His testimony is agonizing to watch- a young man who has obviously been brutalized by an unfair regime, now trying to prove his innocence before a flawed justice system. In August 2016, Mahmoud el-Ahmady, Abulqasim Youssef and Abubakr Ali told an Egyptian court hearing that they had been pressured to confess to a crime they did not commit. El-Ahmady, a student at al-Azhar University, said he was tortured for 12 days before being forced to record a video in which he said he took part in a government official’s assassination. “I was blindfolded, hung on the door upside down for seven consecutive hours, and electrocuted in sensitive areas of my body,” his friend Youssef added to the testimony. As a result, he lost sight in his right eye. Mahmoud, Abulqasim, Abubakr and six others were all executed by the Sisi regime last week Wednesday.

Reacting to news of the executions Maya Foa, director of Reprieve, the anti-death penalty rights group, said they showed that the use of the death penalty by Egypt’s president Abdel Fattah el-Sisi is now a full-blown human rights crisis. “Executions have spiked – bringing the total number to 15 in just two weeks – amid widespread abuses including gross due process violations, torture, false confessions and the repeated use of mass trials. It is shocking that these abuses continue unabated while the international community remains silent.” 1813 death sentences have been meted out in 3 years by a farcical judicial system and the Egyptian Coordination for Rights and Freedoms, an independent group, documented 256 deaths in custody, with 209 detainees having died due to medical negligence. This has all occurred since al-Sisi took office in June 2014, when he overthrew the democratically elected Muslim Brotherhood in a Western-backed coup.

With a track record that has abolished all the freedoms and rights that the Egyptian people won through the 2011 revolution, Sisi has proven to be far worse than the dictator they fought so valiantly to overthrow, Hosni Mubarak. The democratically elected party, the Muslim Brotherhood, and its leader Morsi languish in jail as Sisi’s government is legitimized by Western powers and the Egyptian population is left to be forsaken to yet another brute. What is even more shocking is the recent decision to appoint Sisi as the newest chairperson of the African Union. It is as if the world has suffered a bout of serious amnesia when it comes to the crimes of the Sisi regime and instead of atonement for all of the gross human rights violations he metes out on the Egyptian population daily, they have decided to reward it with positions of power. Further, his collusion with Israel in ensuring the dehumanizing blockade of Gaza has been stringently employed adds to the list of his many unsavory acts since assuming leadership.

South Africa’s silence is deafening in this regard. I recall attending numerous protest marches in support of Sheikh Abdul Salam Jad Bassiouni in 2015, a South African citizen, well-respected leader, teacher and dedicated humanitarian who was imprisoned in the infamous Torah prison by Sisi’s regime and tortured, without due process or trial. Having only been released and returned to SA recently, it is shocking that SA too should show no opposition to the election of an obvious dictator as the newest chairperson of the AU, especially when his actions were directly responsible for the brutalization of one of our citizens.

The double standards that mar the moral compass defining the world today are shocking. Human rights groups, including Amnesty International, have emphatically stated that the Egyptian court system has made a mockery of due process, with defendants often tried on the basis of confessions obtained through torture or another mistreatment. The magnitude of injustice is difficult to overlook. Yet, despite all the facts, we still see the country lauded and propelled into positions of power amongst its peers. It is glaringly obvious that if a country serves the purpose of enabling the Western agenda further, it will be exempt from foreign interventions under the guise of establishing democracy and freedom.

Pictures of Mahmoud saying his final goodbyes to his family before his execution are daunting. His case is just one amongst thousands, an indication of the curse of dictatorship and imposition that has been plaguing the Egyptian population for years. When decisions such as that made by the AU most recently as well as the sharp rise in executions goes unchallenged, it is a slap in the face to our brethren in Egypt, a direct insult to justice and a humiliating blot to our continent.