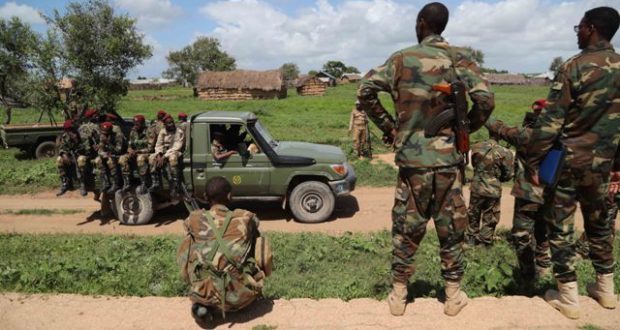 Mogadishu (UNA-OIC) – Nine commanders and members of the al-Qaeda-linked al-Shabaab militia were killed in a military operation carried out by the Somali army in some villages of the Lower Shabelle region.

The planned military operation in Nunney village, 15 km east of Bariire town, resulted in the destruction of a secret prison run by the militia, and the liberation of civilians who had been taken hostage.