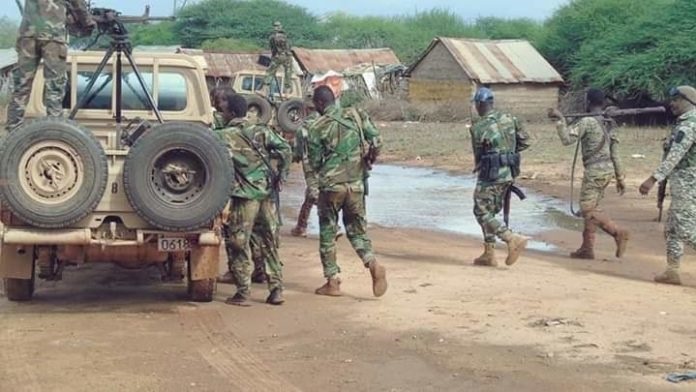 During the operations, the SNA commandos completely destroyed al-Shabaab hideouts, including a fake courthouse and an extortion center, according to Somalia National News Agency (SONNA).

Armed Forces Radio reporter Mohamed Abdullahi Shilawe said that the al-Shabaab militants were particularly killed and wounded by the Gorgoor Commandos of the Somali National.