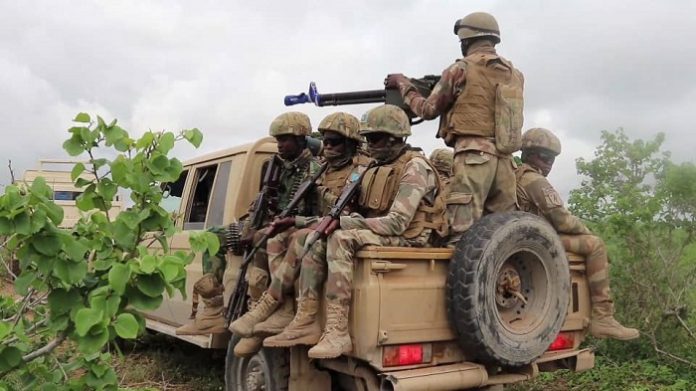 Mogadishu (SONNA) – The Somali National Army (SNA) killed six al-Shabaab terrorist militants and injured several others after conducting a military operation near Bula-burte town in the Hiiraan region of central Somalia, SNA announced in a statement on Saturday.

Hussein Hassan Jodah, SNA Commander in the area told Somali National News Agency (SONNA) that the forces destroyed bases for the terrorist militant group of al-Shabaab in the area during the operation which lasted several hours.

“SNA forces killed six al-Shabaab terrorist militants and injured several others and destroyed its bases near Bula-burte town early on Saturday morning, we are still pursuing the operation against them,” Jodah said.

The operation by the Somali forces comes hours after the attack from al-Shabaab militants.