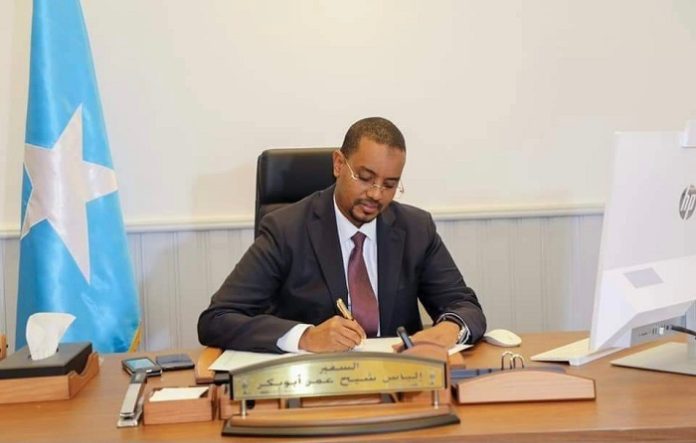 Cairo (UNA-OIC) – Somalia’s Ambassador to Egypt and its Permanent Representative to the Arab League Ilyas Sheikh Omar called on Arab states to support his country in its war on terrorism carried out by Al-Shabaab.

The ambassador made the call in a statement on the occasion of the 67th anniversary of hoisting the Somali national flag for the very first time on 12 October 1954, marking the end of colonization and the reunification of regions that were separately being ruled by Italy and Britain.

Sheikh Omar stressed the importance of strengthening cooperation between Arab countries to face the great challenges in the region. He also affirmed Somalia’s keenness to open wider horizons for cooperation with its sisterly Arab states.

The Somali diplomat said that his country is making firm steps towards a better future by using its natural resources and wealth, in parallel with efforts to combat terrorism and extremism.