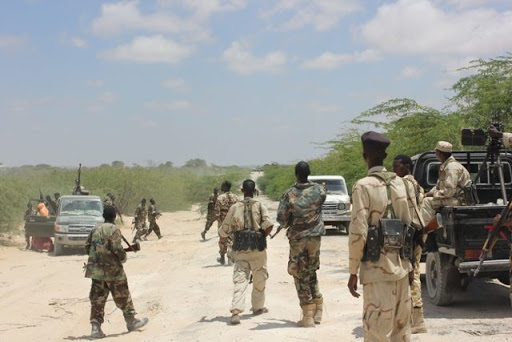 During the military operation, the forces succeeded in destroying several sites used by the al-Shabaab extremist militants to forcibly collect money from civilians and passing vehicles. They also managed to arrest motorcycle riders.