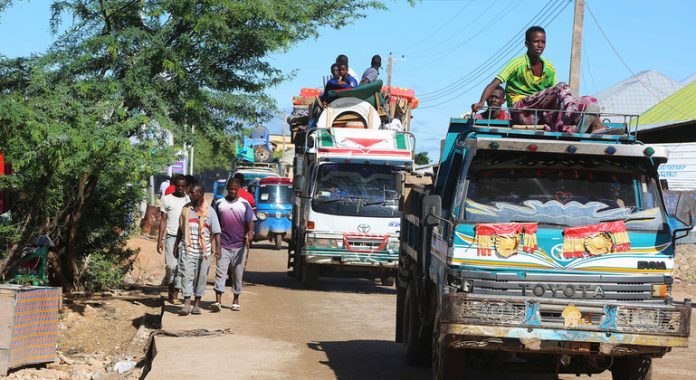 “We understand that there are strongly held divergent views among the leaders and political tensions are high in this pre-electoral period”, said James Swan, Special Representative and head of the UN Assistance Mission in Somalia (UNSOM).  “Yet, it is precisely during such moments that it is most necessary for the nation’s leaders to engage in dialogue.”

He described the current dilemma to ambassadors, whereby Parliament must be elected through universal direct suffrage, according to the Provisional Federal Constitution.

However, the Constitution also stipulates that Parliamentary elections must be held every four years – meaning that elections are due by the end of this coming November.  It is impossible to satisfy both of these requirements, he said. Broad agreement is needed.

In an effort to reach a compromise, Somali leaders convened in Dhusamareeb this week, he said, commending President Mohamed Abdillahi Mohamed “Farmajo” and the presidents of the Federal member states of Galmudug, Hirshabelle and South West for their participation.  “It is incumbent on Somalia’s leaders to rise to this moment in history and pursue agreement in the national interest”, he asserted.

On the security front, he described a “worrying upsurge” in al-Shabaab attacks, particularly in Mogadishu, drawing attention to the 16 August assault on the Elite Hotel and an unquestionable need for “hard security” operations to counter the group.

Indeed, Somalia is to take the lead on its security matters in 2021, he said, and while Federal authorities have completed a concept note for updating the transition plan, force generation has faced setbacks in meeting 2020 projections, owing to COVID-19.

On the humanitarian front, he described recurring cycles of floods and drought, compounded by desert locusts and COVID-19, stressing that more than 5 million people – one third of Somalia’s population — still require aid, and that the $1 billion Humanitarian Appeal is funded at around 50 per cent.

He expressed hope that the new Government and Prime Minister, once appointed, will accelerate the reform agenda for national development.

“Progress in Somalia requires a long-term commitment to governance, justice, respect for human rights, and inclusion of women, youth, and minorities to build the nation”, he said.

He also raised objections, in line with other senior UN rights officials, to a bill introduced in Parliament titled, “The Law on Sexual Intercourse Related Crimes”, which would violate protections against child marriage and forced marriage, as well as international human rights commitments to which Somalia is party.