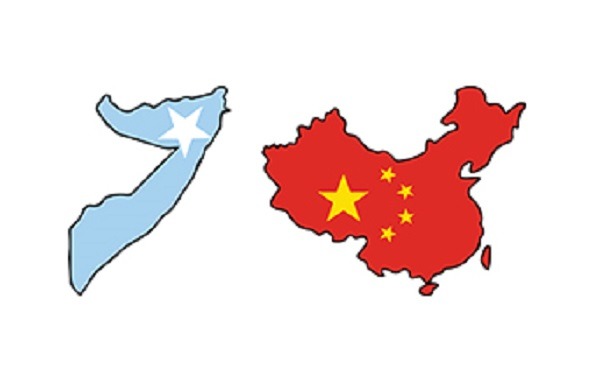 In the middle ages, Somalis and Chinese interacted through trade, whereby Somalis exported giraffes, zebras and incense to the Ming Empire of China. The Chinese exported celadon wares, spices and exchanged them with horses, exotic animals and ivory.

The Chinese-Somali relations made the Somali merchants the chiefs of commerce between Africa and Asia. Chinese explorer Hui and fleet Admiral Zheng He arrived in Somalia and visited Mogadishu, Zeila, Merka and Berbera. Somali explorer “S’aid of Mogadishu” traveled to China in the 14th century where he noted the commerce societies of the Chinese ports and cities.
Somalia and China official relations

China was among the first countries that recognized Somalia after the independence on 1st July 1960. Somalia was the first East African country to start diplomatic relations with China on 14th December 1960. The first Chinese-Somali trade agreement was signed in June 1963.
Somalia Stands with China

The Government of Somalia supported China to obtain a permanent seat in the United Nations Security Council in 1971.
Somalia’s Civil War

The Chinese Embassy in Mogadishu closed down operations due to the start of the civil war in Somalia in January 1991. Despite the departure of most Chinese officials, the two countries maintained a small trading relationship in the ensuing years.

In 2002, the total trade volume between the two countries was $3.39 million, with Somalia’s exports to China worth $1.56 million, and imports amounted to $1.83 million. Whilst, China’s exports to Somalia stood at $732.06 million in 2019, according to the United Nations Commodity Trade Statistics Database (COMTRADE).
China Stands with Somalia

From 2000 to 2011, approximately seven Chinese development projects were launched in Somalia. These initiatives included $6 million in economic assistance donation of anti-malaria drugs and $3 million in debt relief.

Following the establishment of the Federal Government of Somalia (FGS) in mid-2012, the Chinese authorities reaffirmed their support for the Horn of Africa country and called on the international community to strengthen its commitment to the Somali peace process.

China’s Permanent Representative to the UN, Li Baodong, also emphasized the Chinese support for the Somali government’s stabilization plan, including the latter’s efforts in “implementing an interim Constitution, carrying out its six-point plan, strengthening institutional capacity, exercising government functions and extending effective authority over all its national territory”.

In 2020, China stood by Somalia during the outbreak of the COVID-19 pandemic, where it launched a swift response that included sending three planes full of necessary PPE equipment to Mogadishu to fight and contain the virus.

The Chinese-Somali relations and cooperation will remain solid over the decades, with the view to strengthen progress, development and peace for benefit of the two brotherly nations, Somali National News Agency (SONNA) reported.