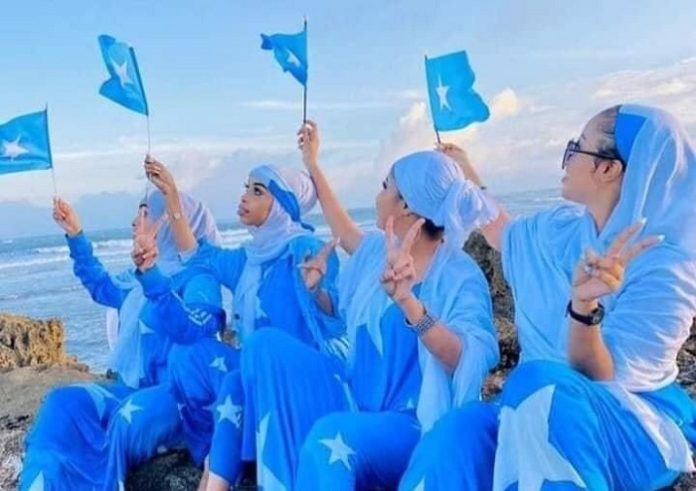 Mogadishu (UNA-OIC) – Somalia on Tuesday commemorated the 67th anniversary of the National Flag Day, marked on 12 October annually, here in the capital Mogadishu and across the Horn of Africa nation.

Mohamed Awale Liban designed the National flag consisting of a light blue with a central white star, each of its five points refers to the Somali homeland.

Colorful occasions aimed at making this National Flag Day bigger and remembering those sacrificed for defending it, are currently taking place in Mogadishu, as well as in the administrative capitals of the Somali states and diaspora community across the world.

President of the Federal Republic of Somalia Mohamed Abdullahi Farmajo congratulated the public on the 67th anniversary of National Flag Day. He pointed out that Somali people sacrificed themselves and their properties for their national flag, which stands for unity, sovereignty and togetherness.

“Today is a great day, it comes 67 years after the Somali Flag was founded, which stands for the unity, sovereignty and togetherness of the Somali people who struggled long period to gain their independence and rule their country,” President Farmajo said.

He called on the Somali people to unite for strengthening their government and fighting against the terrorist militant group of Al-Shabaab.

For his part, Prime Minister Mohamed Hussein Roble congratulated the Somali people on the 67th anniversary of National Flag Day, calling for unity, peace and prosperity.

“Let our flag be at the highest level and our unity prevail. We have great gratitude for our heroes who struggled to defend the flag and land. Congratulations all,” Roble said.