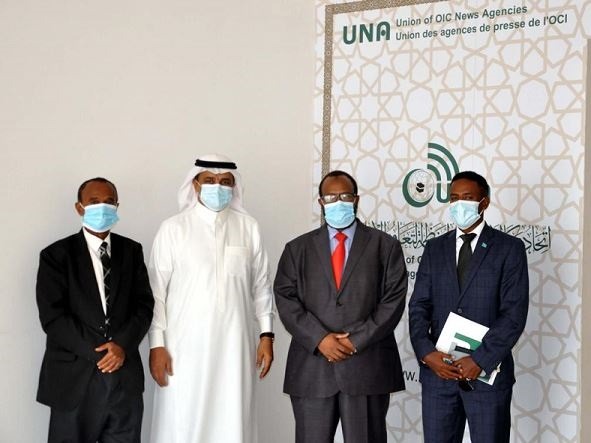 The meeting reviewed the stages that the Union has gone through regarding covering the news of the OIC member states and the cultural relations between them, in addition to the issues of the Islamic world.

The Somali envoy praised the existing cooperation between the Somali National News Agency (SONNA) and the Union in the coverage of news and events, in accordance with the credibility and objectivity principles. He also commended the Union’s role in strengthening media relations between the OIC countries.

For his part, Al-Yami briefed his guest on the role of UNA in providing strategic media consultancy to member states through representatives of the official national news agencies. He also spoke of a series of training sessions to be held over the coming period, which focus mainly on the equitable media coverage for both sexes.