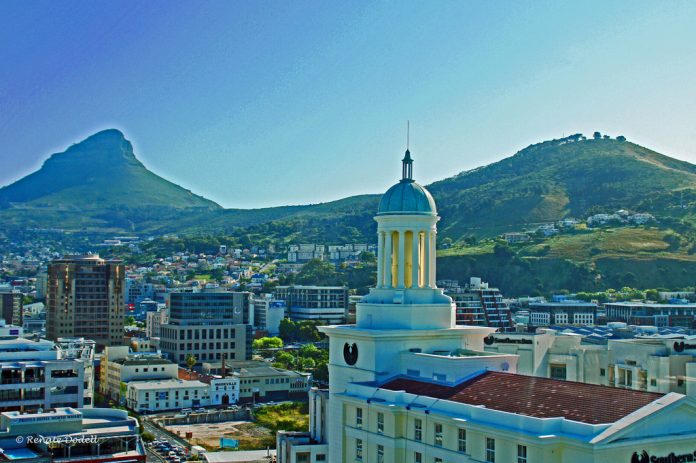 His pro-Israeli comments on an online platform hosted by the Jerusalem Post have come under severe attack from numerous human rights organizations, legal minds as well as the governing party, the African National Congress.

One of his former colleagues who is professor of law at Howard Law School, Ziyad Motala, described Mogeong’s comments as mind numbing, misinformed, repugnant and disgraceful.

“It is astonishing that you absolve Israel from any and all blame with respect to protecting and fortifying apartheid. And you give Israel a pass based on an odious reading of scripture. For the record, Israel is deeply culpable in the support and fortifying of the apartheid state and the brutalization of the Black majority.”

Not only was it foolish and naive for him to ignore legal obligations upon him as the chief custodian of the country’s constitution, he ought to have been aware of the presence of overwhelming solidarity for Palestinian human rights in South Africa.

The question thus arises whether he misread the mood in South Africa or whether he believed that citing biblical references to justify his pro-Israeli stance, would endear him to the country’s majority Christian population?

An additional question is whether the setting of the Jerusalem Post webinar and the participation of South Africa’s Chief Rabbi Warren Goldstein, whose allegiance to Israel is well known, made it improbable for the Chief Justice to offend his Israeli hosts despite the legal constraints of his high office?

The answers to these questions as well as additional concerns can only be provided by the Chief Justice.

What is clear is that within hours of his video clip going viral, a backlash emerged, including an editorial in the Daily Maverick penned by a prominent Christian leader.

Rev Moss Ntlha, General Secretary of the Evagelical Alliance of South Africa and involved in church-based initiatives for social justice called out Mogeong’s theological support for Israel as misleading and insisted that it would be remiss for the Christian community to leave his remarks uncorrected.

The most scathing observation made by Rev Ntlha is what many Palestinian solidarity activists suspect: “…the Chief Justice has fallen into the trap laid by Zionists for millions of unsuspecting Christian fundamentalists”.

The trap is an often misquoted statement in the Bible which the Chief Justice quoted with relish in declaring his love for Israel: “those who bless Israel will be blessed and those who curse Israel will be cursed”.

Whatever his dogmatic religious explanation may be, the position outlined by a legal grouping of democratic lawyers known as NADEL, leaves him very little room to squeeze out of.

Unsurprisingly they view his comments as repugnant to the values and precepts of Constitutional democracy, international law and basic human rights.

In a hard-hitting statement they remind him that judges have to have regard for the foundational constitutional principle that South Africa is a secular state with a strong commitment to human rights and international law.

And contrary to his patronizing religious attachment to Israel, NADEL reminds him that Israel was declared an apartheid state on the basis of international law, found guilty of war crimes, crimes against humanity, torture and various other gross human rights violations.

“Notwithstanding, the atrocities against Palestinians continue unabatedly despite condemnation by the international community.”

At the time when the anti-apartheid movement was mobilizing the world to isolate South Africa, NADEL reminds him that Israel joined forces with apartheid South Africa to evade sanctions and divestment by the international community.

And they correctly say that religious interpretation of scriptures which is based on the beliefs of one religion was jettisoned in 1994 when our constitutional democracy was birthed.

“The Chief Justice’s interpretation of the scripture that the Israel referred to in the Bible is the same (apartheid) Israel, is misguided and incorrect. This interpretation stems from the austere Calvinist doctrine of the Dutch Reformed Church that provided religious justification for apartheid South Africa, and bears a strong resemblance to the racist Zionist belief that God ordained Israel (‘a land without a people’) for the Jews (‘a people, people without a land’).”

A further damning observation made by them is that it offends the ethos of the judiciary and constitutional democracy for the Chief Justice, or any judge for that matter, to publicly criticize his government’s foreign policy on Israel and then to take sides with such foreign government, which has a record of brutality, occupation and oppression.

In reference to the ahistorical narrative conveyed by the Chief Justice about Israel’s ‘clean hands’ when compared with the struggle in South Africa, NADEL claims is devoid of moral and legal principle, and ignores our history of land dispossession, oppression and exploitation under colonialism and apartheid.

“Apartheid Israel is doing to the Palestinians what apartheid South Africa did to black people, when it annexed the land, confined black people to the bantustans and oppressed and exploited black people.”

The demand for the Chief Justice to withdraw his inflammatory, offensive and divisive statements have grown louder by the day.

Will he do so and restore the dignity of the Office of Chief Justice or will he remain wedded to his contentious views which are inconsistent with SA foreign policy, human rights and international law?

If he sticks to the latter, calls for his sacking will in all likelihood gain momentum.

If indeed Israel’s lobby in South Africa of which Rabbi Goldstein is part of, had any illusion that to cage the Chief Justice in a pre-planned online Webinar uttering unconditional support for Israel without any regard to the fact that Palestinian necks are pinned to the ground by Netanyahu’s murderous troops, they foolishly miscalculated.

The outcry is evident that South Africa has not wilted in its stand for the human rights and dignity of Palestinians – Muslim and Christian – against the racist apartheid settler colonial Israel.

Chief Justice Mogeong Mogeong’s statements are inconsistent with the ethos and Office of the Chief Justice and the oath of allegiance to the constitution that he swore to uphold.