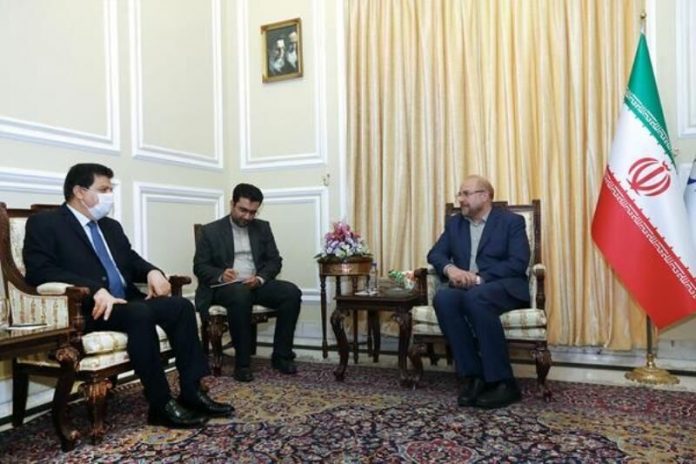 Speaking in a meeting with Syrian Ambassador to Tehran Adnan Mahmoud, Qalibaf said history shows that Iran and Syria have always had deep and inseparable relations which is rooted in the  Iranian and Syrian people’s beliefs.

“We always consider Syria as forefront of resistance,” he said, adding that the friendship between the two countries started since the victory of the Islamic Revolution and has become stronger every day.

Requests of the enemies of Syria will not be materialized, he added.

Today we observe that enemies of Iran and Syria have become disappointed, he said, adding that economic sanctions were due to enemies failure in military field.

He said Lieutenant General Qasem Soleimani is the martyr of Syria, Iran and Resistance.

He stressed the importance of preserving strategic successes.