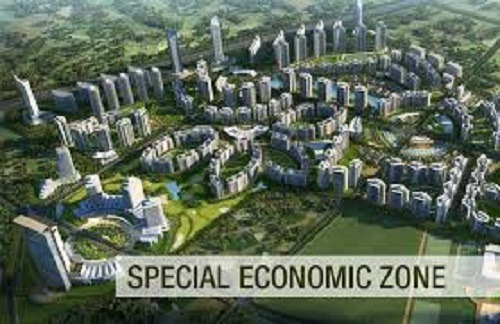 Beijing (UNA-OIC) – Pakistan’s Dynamic Engineering and Automation (DEA) has launched two Special Zones (SEZs) at Pir Phato, Thatta and Padshahan, Chakwal districts and concluded negotiations with Chinese investors and companies to establish manufacturing facilities, global service centers, R&D labs and sales centers with an estimated investment of $5 to $7 billion.
A number of multi-billion Chinese companies have confirmed their investment plans in the two SEZs which have been launched in an effort to promote Foreign Direct Investment (FDI) in line with the vision of Prime Minister Imran Khan, Owais Mir, CEO of DEA said on Wednesday.
“We have signed agreements with Shenyang Biotech Group, Neusoft Medical Systems, HE Vision Group, Lovol Heavy Industries, Wondfu Medical, Kaper Technologies, Green Agrotech, Shenglin Metallurgical Group, Red Crown Intelligent Technology, Shanghai Rich Tai Industries and Dandong automation to act as the local partners and facilitators,” he told media.
He said that these Chinese investors will establish industries in the medical sector, metals recycling, automobile including EV, paint, marbles, agriculture and farming, renewable energy, paper recycling, artificial intelligence the SEZs.
The master layout of the SEZs will be prepared by China Urban-Rural Holding Group, which specializes in rural and urban revitalization, eco-friendly designs and implementation of balanced development of regions in China.
https://www.app.com.pk/global/special-economic-zones-to-be-set-up-in-thatta-chakwal-to-attract-chinese-investment/