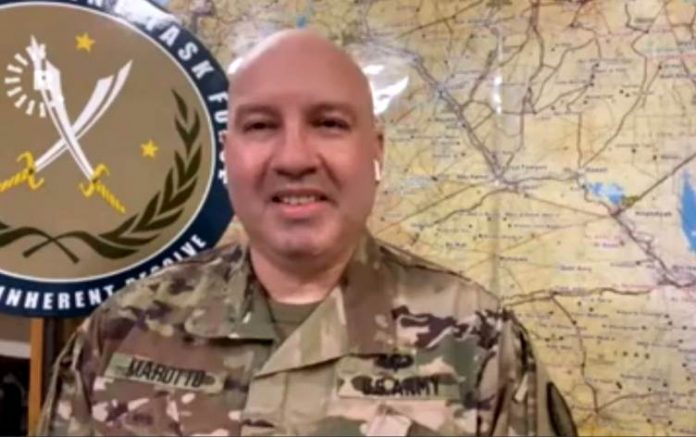 Baghdad, (UNA-OIC) – Spokesman for the International Coalition Col. Wayne Marotto confirmed that the Iraqi Security Forces have proven their success in fighting terrorism in cooperation with the Coalition Forces.
He stressed that the ISIS gangs were defeated on the Iraqi ground after those gangs controlled large areas of up to 110,000 square kilometers, and imposed their control on nearly eight million people.
Marotto pointed out that the number of the American forces is close to 3000 soldiers, and this number depends on the circumstances, noting that the repositioning of the international coalition forces in Iraq is caused by the handing over of some bases to the Iraqi side as a result of the success they have achieved.