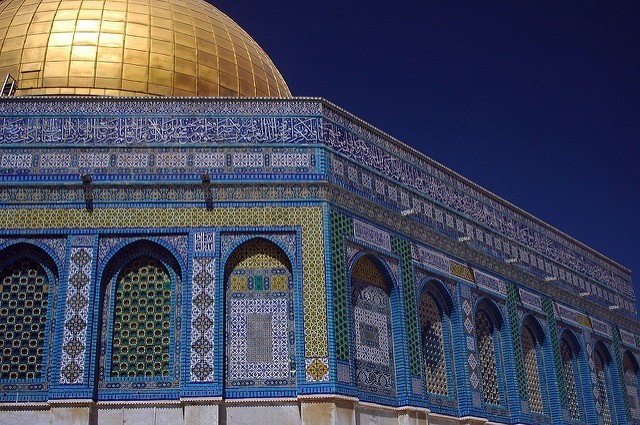 Three decades ago, I was invited to address a Palestinian American audience on the work that was needed to change American policy toward Palestinian rights. Also speaking at that event was a PLO representative who was briefing the group on the work being done at the United Nations to advance the Palestinian cause. It had not been my intention to have a debate, but that is precisely what happened. The issues we raised then, remain relevant today.

The context was important. Palestinians were in the midst of an Intifada and US attitudes were being impacted by Israel’s violent repression. One clear example of this change was the coalition we were able to build with support from the Jesse Jackson campaign. Together we passed pro-Palestinian platforms in 10 Democratic Party state conventions and had the first-ever debate and floor demonstration in support of Palestinian rights at the 1988 Democratic National Convention. It was clear that movement on the issue was possible. My presentation, therefore, focused on what we had done and what we felt still could be done to make real change in America.

The PLO representative spoke about their diplomatic strategy. He noted that despite being repeatedly stymied by US vetoes in the Security Council, Palestinians had won votes in the UN General Assembly by margins as large as 143 to 3. He then promised that if US policy continued to ignore or obstruct Palestinian rights, the PLO would return to the Security Council again in the fall to introduce yet another resolution.

At that point, I had to intervene. While I acknowledged that they had done an extraordinary job winning recognition from countries all over the world, I questioned the logic of going back to the Security Council to get yet another US veto. Wouldn’t it be better, I asked, to focus more effort on making change in the US, than to continue on the path that only led to frustrating defeats?

While much has changed in the past three decades, there are lessons to be learned from that old encounter.

In the first place, Palestinians have failed to adopt a political strategy to change the US, or to acknowledge that without that change, “victories” at the United Nations were, at best hollow symbolism.

By failing to engage American public opinion in a systematic way, Palestinians have squandered multiple opportunities. Instead of building support here, they have relied on what they assumed were statements of good will by American leaders–without recognizing that those leaders would turn on a dime when they faced pressure or hostile information campaigns by pro-Israel groups.

Here’s an example of a lost opportunity:

When Mahmoud Abbas succeeded Yasir Arafat as President of the Palestinian Authority, we were commissioned by a group of Palestinian businessmen to poll US attitudes toward the new PA president. We found that Abbas had a favorable rating of 53% and an unfavorable rating of only 16%. In our analysis, we noted that this finding, while positive, was precarious because Abbas’ rating had not been earned. Rather it was derivative of the fact that leading Republicans and Democrats were praising him because he wasn’t Arafat. We noted that these positive perceptions, however flimsy, provided an opportunity on which to build. We also cautioned that if work were not done to consolidate this favorable rating by directly engaging the American people, a counter assault by the Israelis would eat away at it.

And eat away they did with a relentless campaign to paint Abbas as an inciter of violence and a weak leader who repeatedly rejected peace offers. Both charges were patently false. But as Netanyahu and his far-right colleagues continued to harp on these themes, the Israeli campaign succeeded.

Ten years later, we did another poll of US public opinion in which we found that Abbas’ ratings had flipped. It was now 17% favorable to 56% unfavorable! These new atrociously high negatives were as unearned and undeserved as the earlier high positives.

Not learning the obvious lessons from all of this, the Palestinian leadership continues to operate as before. They assume President Trump’s good will, then express disappointment at his clear lack of commitment to their plight and silence in the face of aggressive Israeli behavior, and finally they threaten to go to the United Nations to pass yet another resolution. All the while, they fail to adopt a strategy to impact US opinion and the political setting in which Israel operates with impunity.

There is another observation to be made reflecting the unchecked ability of the Israeli side to use their political power and information campaigns to turn reality upside down. For years now, Israel’s supporters have angrily dismissed votes in the United Nations as “automatically pro-Palestinian”, motivated by fear of Arab blackmail, or driven by anti-Semitism. At the same time, they ignore the fact that pro-Israel US groups (including both AIPAC and its related PACs, and the Christian right) have used their political and financial clout to intimidate Congress making it “automatically pro-Israel”.

This year alone, over 30 pro-Israel bills have been introduced in Congress, almost evenly divided amongst those that call for: punishing the PA, supporting Israel’s claim to Jerusalem, threatening the UN, and imposing penalties on those who support boycotts against Israel.

Herein lies the dilemma. As long as Israel holds unparalleled sway in Washington, no progress toward Palestinian rights will be achieved and UN resolutions will either be met with vetoes, criticism from Congress, or threats that the US will withhold funds from the world body.

But this needn’t be the end of the story. There is a changing political climate in the US. In addition to Palestinians and Arab Americans, there is an increasingly strong progressive movement among American Jews, millennials, African Americans, mainline Protestants, libertarians and traditional conservatives–who support justice for Palestinians. They have come together, on their own, largely in reaction to Israeli behavior to push for change. The Palestinian leadership didn’t create this movement and they can’t direct it or interfere in its development, but they should factor it into a strategy for change. What they must do is recognize that it it’s there and act accordingly.

The Palestinian leadership needs to stop acting as if the only games in town are “initiatives” coming from the Administration or votes at the UN. They need to recognize that American opinion is changing and develop confidence that it can change further.

They need to speak directly to the American people, especially those who are supportive of their rights. And they need to encourage and broadcast the kind of non-violent mass action that was on display during the recent crisis in Jerusalem. The road to change is a long one, but there is no other way forward.