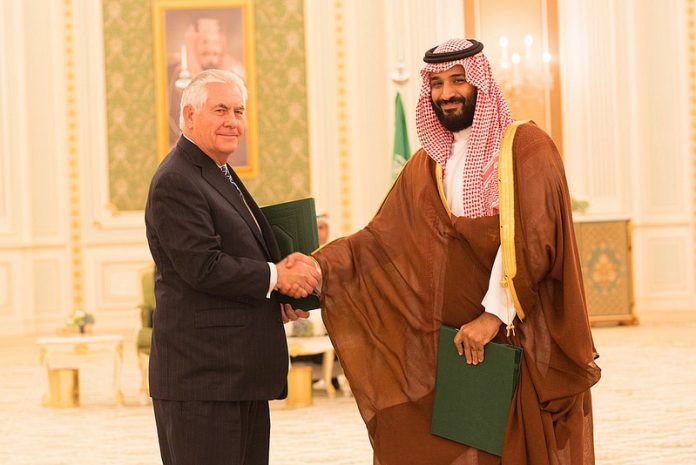 What’s going on in Saudi Arabia?

This appears to be the dominant question raised in many circles. A question, coupled with many more, seeking answers to try to make sense of the drama unfolding in the House of Saud.

While some insiders refer to it as an internal palace coup, others have ventured to describe it as the beginning of the end of the monarchy.

Though there are conflicting accounts of what may be at play behind the diamond-studded curtains, one certainty is that the socio-political landscape of the Arabian peninsula will not be the same as before.

From the arrests of senior religious scholars to the detention of a wide array of ministers, princes and business tycoons, the king-in-waiting Crown Prince of Saudi Arabia Mohammad bin Salman bin Abdulaziz Al Saud (MBS) has shown scant regard for public opinion.

Reports reveal that MBS’s arbitrary conduct has been accompanied by a ruthlessness usually associated with Arab despots. Almost in step with the cruelty Iraqi citizens were subjected to during the bloody reign of Saddam Hussein, MBS’s purge is reminiscent of that era.

Heedless of bitter lessons which ultimately cost Saddam his life in the most ignominious way, MBS trudges along. He forgets that despite being the West’s “blue-eyed boy”, funded and armed to the teeth, Saddam fell on his own sword when his western backers pulled the rug.

Mohammad bin Salman has replaced the role Saddam was equipped for. In fact, if one stretches back to the history of the 1950s, one can be forgiven for associating the present Czar of Saudi Arabia with the then Shah of Iran who foolishly believed that his gold-encased Peacock Throne would never collapse.

History is replete with narratives of foolish people or as Bertrand Russell is quoted as saying: “…man has never refrained from any folly of which he was capable.”

As for MBS’s punitive war of destruction in Yemen, alarming media reports warn that hundreds of sick and elderly Yemenis “will die within the next week” unless Saudi Arabia lifts its blockade and allows urgently needed medical supplies into the country.

In keeping with his ruthless pursuit of senseless violence, MBS has led Saudi Arabia’s war with Yemen since 2015. Having failed to make any military gains apart from crushing parts of Yemen to the pulp, he has tightened its air, land and sea blockade of the country.

While the tragedy that’s befallen Yemen continues with no end in sight, the Saudi-led coalition remains impertinent.

And in the wake of the arrests, Lebanon’s prime minister Saad Hariri is summoned to Riyadh where he announces his resignation and blames Iran and Hezbollah for threats to his life. This bizarre event has failed to persuade Lebanon’s political establishment and its citizens at large, who on the contrary believe that Hariri has been forced against his will to read a script which has MBS’s prints on it.

As if this strange, irregular and utterly ridiculous turn of events was not enough, the Czar summoned the Palestinian Authority chief Mahmoud Abbas to Riyadh. His instructions are to cut ties with Hezbollah and avoid Iran. But it doesn’t end here. He has been ordered to either accept an Israeli-Palestinian “peace” deal being put together by the Trump administration, or resign.

In addition, the Saudi authorities made clear that they were dismayed by media images of Hamas’s deputy political leader, Saleh al-Arouri visiting Tehran in October.

Why the resentment against al-Arouri? Because he is the Hamas signatory on a reconciliation deal with Abbas’s Fatah group signed in Cairo last month. In addition, pictures of him with Hezbollah leader Hassen Nasrallah at a recent meeting in Lebanon doing the rounds, clearly anathema to MBS.

The ultimatum to Mahmoud Abbas made clear that Lebanese activists within Abbas’s Fatah faction must no longer cooperate with Hezbollah.

The iron-grip held by Saudi Crown Prince Mohammad bin Salman over internal and foreign policies cannot be sustained over the long term. He may be bolstered for the moment by the support of both Israel and America, but the demands for freedom and justice made by the Arab streets, though severely suppressed, will explode.