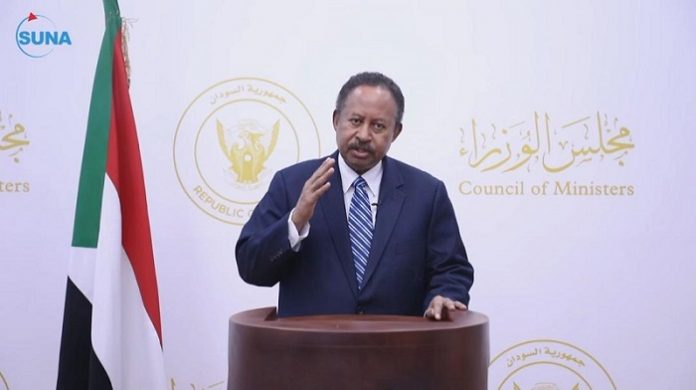 In a meeting of Sudan’s Higher Committee on the Grand Ethiopian Renaissance Dam (GERD) here on Monday, Hamdok cited the direct threat of the GERD’s unilateral filling to the operation of the Roseires Dam and the water projects as well as the citizens on the Blue Nile banks in Sudan.

The meeting was held in the presence of Foreign Minister Dr. Mariam Al-Sadiq Al-Mahdi, Minister of Irrigation and Water Resources Prof. Yasser Abbas, and Director of the General Intelligence Service Lt. Gen. Jamal Abdel-Majeed, alongside the Technical Committee members.

The meeting approved the plans and programs of the negotiating team and the Ministries of Foreign Affairs and Irrigation and the use of all legal means before the various regional and international legal and judicial bodies to defend Sudan’s legitimate interests and national security and its ability to plan and organize the use of the country’s water resources for the benefit of the Sudanese people.