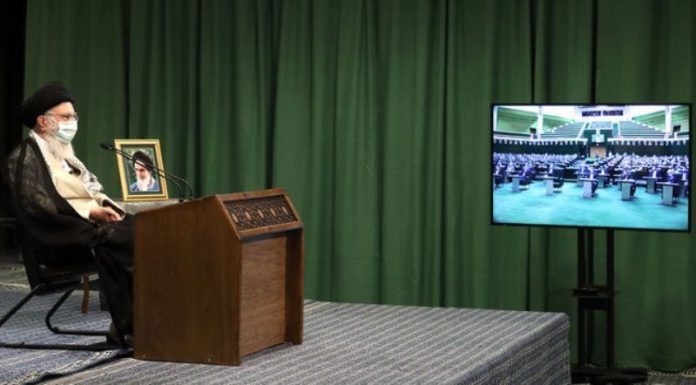 The Supreme Leader made the remarks via a videoconference with the representatives of Iran’s new parliament and said that the parliament is a symbol of hope that could meet the people’s demands.

Ayatollah Khamenei pointed out that all the problems can be overcome, and the parliament should have an effective impact on the problem-solving process through prioritizing issues, avoiding marginalization, as well as working sincerely.

The four-year term of lawmakers’ mission in the parliament could be regarded as an appropriate opportunity to prepare the groundwork for taking practical steps in the country and to have an influence on the problem-solving process, the Supreme Leader reiterated.

Due to its defense power, the country is able to overcome difficulties, as the enemies admit that despite the toughest sanctions imposed on Iran, they have been unable to achieve their anti-Iran objectives.

Expressing concern over the current situation resulted from the COVID-19 in the country, the Leader called for observing medical advice and health protocols.

Everyone should play their role in “the pandemic era so that we can cut off the chain of contagion immediately” and bring peace to the country, the Supreme Leader underlined.