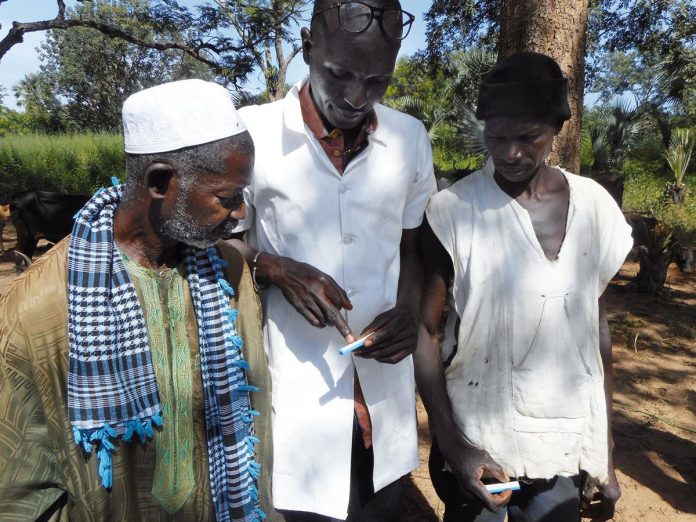 Countries endemic for human African
trypanosomiasis (HAT), also known as sleeping sickness, continue to
report fewer cases, indicating that the disease is well on course for
elimination as a public health problem by the end of this year.

The latest data show that only 980 cases were reported to the
World Health Organization (WHO) in 2019, which include the numbers for
both the rhodesiense1 and gambiense2 forms of the disease.

“There were 864 cases of gambiense HAT, which is the chronic
and more prevalent form of the disease, last year compared with 953
cases in 2018 – continuing a sustained downward trend – representing a
drop of slightly above 9% in one year,” said Dr José Ramón Franco-Minguell, Medical Officer, WHO Department of Control of Neglected Tropical Diseases. “It follows the pattern of the past 2 years and is consistent with data captured in previous years.”

The total combined number of both forms of the disease in 2018
was 977 cases. The slight increase in cases is due to a higher number
of rhodesiense HAT cases (the lesser prevalent disease form) in Malawi.3.

“This achievement is largely due to the hard work and efforts
of national control programmes and to an array of committed stakeholders
and the support of WHO,” said Dr Gerardo Priotto, Medical Officer, WHO Department of Control of Neglected Tropical Diseases. “Added
to this is the long-standing collaboration of Sanofi and Bayer
HealthCare who have generously donated medicines and facilitated other
initiatives,4 including training of personnel to improve control and patient-screening activities over the past 20 years.”

WHO cautions that the world should not repeat the mistakes of the past and become prematurely complacent.

“Elimination as a public health problem in 2020 is an intermediate step,” said Dr Franco-Minguell. “We
need to do much more to reach the sustainable elimination of
transmission (zero cases) for gambiense HAT in 2030 as targeted in the
new WHO NTD road map.”

Achieving the 2030 goals will require maintaining the
commitment of disease‐endemic countries and of donors as well as
integrating control activities into health systems. These efforts should
be supported by the development of improved tools, adoption of
innovative disease control approaches and effective coordination of work
by stakeholders to ensure synergy of efforts.

——————————–
1Trypanosoma brucei rhodesiense HAT (r‐HAT) is a
zoonotic disease transmitted by tsetse flies from wild and domestic
animals. It is found in eastern and southern Africa.
2Trypanosoma brucei gambiense HAT (g‐HAT) is mainly an
anthroponotic disease that accounts for more than 98% of all HAT cases.
It is found mainly in western and central Africa.
3In Malawi, an important increase in the number of cases was
reported in the last months of 2019 around Vwaza Marsh and Nkhotakota
wildlife reserves, where the diversity of wild animals is considered to
be the main potential reservoir of the disease.
4WHO provides the antitrypanosomal medicines free of charge
to endemic countries through public–private partnerships with Sanofi
(pentamidine, melarsoprol, eflornithine and fexinidazole) and with Bayer
HealthCare (suramin and nifurtimox). The medicines are conditioned and
shipped in collaboration with MSF-Logistics.