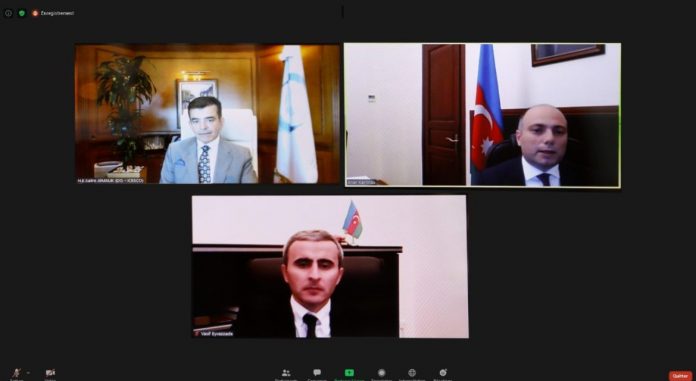 During the meeting, Mr. Karimov briefed Dr. AlMalik on the destruction of some historic monuments in the Nagorno-Karabakh region and the attempted desecration of mosques and places of worship, in the wake of the conflict with Armenia. The two parties examined ways of joint action to restore those sites.

The Acting Minister invited ICESCO DG to visit Azerbaijan for a meeting with senior officials in the country to explore cooperation aspects and tour the heritage sites that have been destroyed or have endured serious vandalism in Nagorno-Karabakh Region.

Talks during the meeting centered on the arrangements for Baku Heritage Forum, to be held on May 5, 2021. ICESCO will actively participate in the forum as part of its new vision and working strategy.