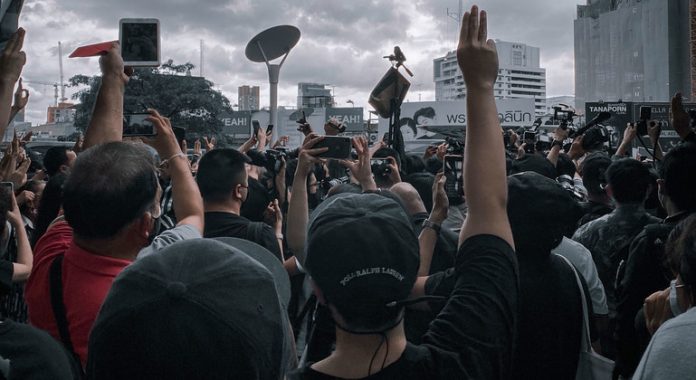 The protestors were charged under the lèse-majesté provision of the country’s criminal code, which prohibits defaming, insulting or threatening the royal family, and could face between three and 15 years in prison.

“We are particularly alarmed that the 16-year-old activist was yesterday presented by police to the Juvenile Court with a request for a detention order,” said Ravina Shamdasani, an OHCHR spokesperson in Geneva.

Ms. Shamdasani noted that over the past decade, several UN human rights mechanisms have repeatedly called on Thailand to bring the treason law in line with the country’s international obligations.

“It is extremely disappointing that after a period of two years without any cases, we are suddenly witnessing a large number of cases, and – shockingly – now also against a minor”, she said.

Thousands of Thais have been taking to the streets since July in peaceful pro-democracy demonstrations.

“Again, such charges have been filed against a minor, among others”, she added.

“We call on the Government of Thailand to stop the repeated use of such serious criminal charges against individuals for exercising their rights to freedom of peaceful expression and peaceful assembly. People should be able to exercise these rights without fear of reprisals.”