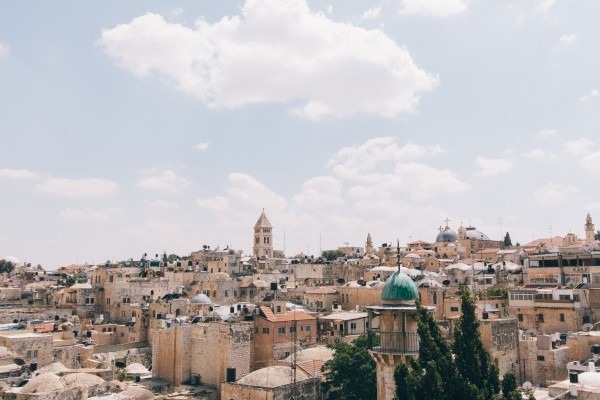 I OWE many thanks to Bezalel Smotrich. Yes, yes, to Smotrich of the extreme right, Smotrich the fascist.

Recently Smotrich gave a speech to his followers, which he intended to be a national event, the turning of a page in Jewish history. He was gracious enough to mention me in this monumental message.

He said that after the 1948 war, in which the State of Israel was founded, Uri Avnery and a small band of followers created the ideology of “two states for two peoples”, and by patient work over many years succeeded in turning this idea into a national consensus, indeed into an axiom. Smotrich told his devotees that they, too, had to formulate their ideology, work patiently for many years until it became the national consensus instead of Avnery’s.

A compliment from an enemy is always sweeter than one from a friend. The more so as I never received many compliments from friends. Indeed, the many politicians who profess now to fight for “two states for two peoples” try to obliterate the fact that I was the first to proclaim this idea, long before they themselves were converted to it.

So thank you, Smotrich. Coupled with my thanks, may I express the wish that you adopt a Hebrew name, as befits a man who aspires to become the Hebrew Duce?

AFTER THE compliment, Smotrich set out his plan for the future of Israel.

It is based on the demand that Arabs living between the Jordan River and the Mediterranean Sea choose between three alternatives:

First, they can accept a monetary payment and leave the country.

Second, they can become subjects of the Jewish State without becoming citizens and without attaining the right to vote.

Third, they can make war and be defeated.

THIS IS Fascism, pure and simple. Except that Benito Mussolini, who invented the term (from fasces fasces, a bundle of rods, the old Roman symbol of authority) did not preach mass emigration of anyone. Not even of the Italian Jews, many of whom were ardent Fascists.

Let’s look into the plan itself. Can an entire people be induced peacefully to leave their motherland for money? I don’t think that it has ever happened. Indeed, the very idea shows an abysmal contempt for the Palestinians.

Individuals can leave their homes in times of stress and emigrate to greener pastures. During the great famine, masses of Irishmen and Irishwomen emigrated from their emerald isle to America. In today’s Israel, quite a number of Israelis are emigrating to Berlin or Los Angeles.

But can millions do so? Voluntarily? For gain? Quite apart from the fact that the price would invariably rise from emigrant to emigrant. There would not be enough money in the world.

I would advise Smotrich to read again a song written by the national poet, Natan Alterman, long before he was born. During the “Arab rebellion” in 1937, Alterman praised the units of the illegal Hebrew underground forces: “No people withdraw from the trenches of its life”. No chance.

The second choice would be easier. The Arabs, who already constitute even now a slight majority between the river and the sea, will become a pariah people and serve their Israeli masters. The Arab majority will grow rapidly, owing to the much higher Palestinian birthrate. We would deliberately recreate the South African apartheid situation.

History, old and new, shows that such a situation invariably leads to rebellion and eventual liberation.

So there remains the third solution. It suits the Israeli temperament much better: War. Not the interminable wars that we have been engaged in since the beginning of Zionism, but a big, decisive war that puts an end to the whole mess. Inevitably, the Arabs will be vanquished and obliterated. End of story.

WHEN I came to the conclusion in 1949 that the only way to end the conflict was to help the Palestinians to set up a state of their own, side by side with the new State of Israel, my train of thought started from a very original assumption: that there exists a Palestinian people.

To be honest, I was not the first to realize that. Before me, a wise left-wing Zionist scholar, Aharon Cohen, put forward this idea. All other Zionists always furiously denied this fact. Golda Meir once famously declared: “There is no such thing as a Palestinian people!”

So who are all these Arabs we see with our own eyes? Simple: they are riffraff drawn to this country from neighboring areas after we came and made this country bloom. Easy come, easy go.

It was easy to think so as long as the West Bank was under Jordanian rule, and the Gaza Strip was an Egyptian protectorate. “Palestine” had disappeared from the map. Until a man called Yasser Arafat put it there again.

In the 1948 war, half the Palestinian people were driven out of the territory that became Israel. The Arabs call this the “naqba” – catastrophe. (By the way, they were not driven out of Palestine, as many believe. A large part found refuge in the West Bank and the Gaza Strip).

SINCE 1949, the simple fact is that two people live in this small country.

Neither of these two people will go away. Each of them believes fervently that this country is their homeland.

This simple fact led me to the logical conclusion that the only solution is peace based on the co-existence of two national states, Israel and Palestine, in close cooperation, perhaps in some kind of federal setup.

Another solution would be a unitary state in which the two peoples live peacefully together. As I have pointed out several times recently, I do not believe that this is possible. Both are fiercely nationalistic peoples. Moreover, the difference between their standards of living is huge. They are as different in character and outlook as two people can be.

Now comes Smotrich and proposes the third solution, a solution many believe in secretly: just kill them or drive them out altogether.

This is much worse than Mussolini’s program. It reminds one of another recent historical figure. And it may be remembered that Mussolini was shot by his own people, who hung his body upside down from a meat hook.

Smotrich should be taken seriously, not because he is a political genius but because he expresses openly and honestly what many Israelis think secretly.

He is 37 years old, good-looking, with a cultivated beard. He was born in the occupied Golan Heights, grew up in a West Bank settlement and now lives in a settlement in a house that was built illegally on Arab land. His father was a rabbi, he himself was educated in elite religious yeshivas and is a lawyer. Now he is also a Member of the Knesset.

Once he was arrested in a demonstration against homosexuals and detained for three weeks. However, after declaring that he was “proud to be a homophobe”, he did apologize. When his wife gave birth to one of his six children, he objected to her having to share a maternity room with an Arab woman. He also objects to homes being sold to Arabs in Jewish neighborhoods and proposes shooting Arab children who throw stones.

Another Zionist poet once wrote that we will not become a normal nation until we have Jewish criminals and Jewish whores. Thank God we now have plenty of both. And now we also have at least one bona fide Jewish fascist.