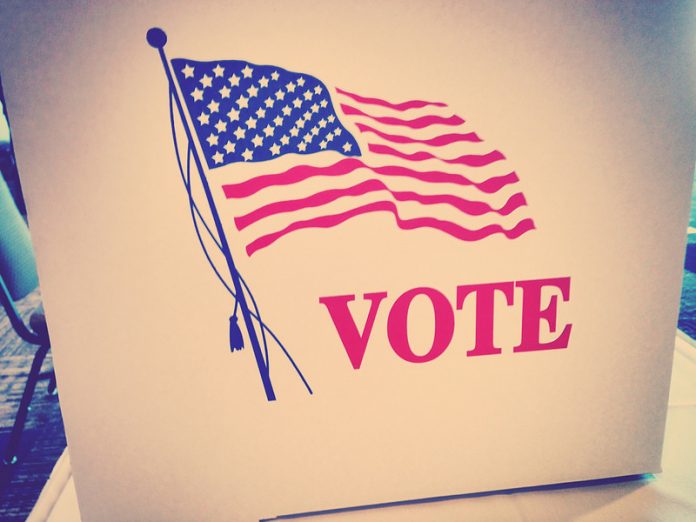 American voters go to the polling booths this coming Tuesday to cast their ballots in what is described here in the USA as the mid-term elections. Usually, the mid-term elections are boring events in which only a small fraction of the eligible voters, mostly comprising of the die-hard party supporters and retirees, cast their votes. But this time, it is different. There is excitement in the air. We are told that more money has been spent in ad campaigns this year than ever before in midterm elections. Forecasters are predicting that turnout could end up approaching 50%, “levels not reached since the midterms between 1962-1970 – years, perhaps not coincidentally, that spanned a political turbulent era”, the Associated Press reports.

What is causing such excitement? After all, it’s not the time for the presidential election, which is held once every four years. The next one is scheduled for November 2020.

In a mid-term election all the congressional seats – 435 altogether – for the House of the Representatives are contested. A fraction (nearly a third) of the Senate seats is also contested in the mid-term elections. [The term of office for the Senators is six years, unlike that of the congressmen or congresswomen, which is only two years.]

Currently, the three major branches of the government – the executive, the legislative and the judiciary – are all controlled by the GOP – the Republicans, threatening the checks-and-balances policy, which had hitherto proven to be necessary for a functioning democracy. Without the GOP-controlled Capitol Hill it is difficult to imagine judge Kavanaugh who had been accused of serious character flaws of becoming an associate justice in the Supreme Court of the US. The Obamacare has also been killed affecting the lives of tens of millions of Americans.

Many Americans see President Donald Trump as a divider and not a unifier. Under the weight of his irresponsible rhetoric, the USA has slid into a highly polarized state where seemingly the white supremacists, racists and bigots feel energized to unleash their hate crimes against the non-Whites, non-Christians and others who are considered ‘different’. The latter see their cases increasingly hopeless under Mr. Trump as the POTUS.

Hate crimes against Jews and Muslims have skyrocketed. A progressive political event hosted by Broad City‘s Ilana Glazer was abruptly cancelled on Thursday (November 1) night, after anti-Semitic messages—including “die Jew rats,” “Kill all Jews,” and “Hitler”—were found in the historic Brooklyn synagogue where the conversation was set to take place. According to police, multiple floors of the Union Temple in Prospect Heights were vandalized with the hateful, threatening messages. The vandalism was discovered at around 8 p.m., just as attendees were arriving for the latest episode of Glazer’s Generator Series, a live interview program featuring activists, politicians and cultural figures.

New York state senate candidates Andrew Gounardes, Democracy Now host Amy Goodman, and comedian Jim Gaffigan were all scheduled to appear on the panel, which aims to “humanize policy through storytelling.” But at 8:30 p.m., organizers informed the crowd of about 200 people (which included my son Hassan) that they had decided to postpone the event for security reasons.

Domestic terrorism swept the country on October 27, when a white gunman stormed a Jewish synagogue in Pittsburgh, killing 11 elderly worshipers in what has been described as the deadliest anti-Semitic attack in the U.S. history. The terrorist attack came a day after an avid Trump supporter in Florida was arrested and charged with mailing bombs to more than a dozen of the president’s prominent critics (including the philanthropist George Soros and actor Robert De Niro), and three days after a white gunman fatally shot two African-Americans at a grocery store shortly after trying and failing to enter a black church. People fault Trump’s rhetoric for such spikes in hate crimes.

As noted by credible analysts, the attackers – often described as lone wolves – had been radicalized by a white supremacist ideology. Published reports say that the Pittsburgh shooter told a SWAT officer, while in custody, that he had wanted to kill Jews because Jews were trying to commit a genocide on his people. The White Supremacists are saying: “Open your Eyes! It’s the filthy evil Jews Bringing the Filthy evil Muslims into the Country!!”

Is it difficult to see the central conspiracy of contemporary white supremacist movements in the United States: the idea that there is a massive plot to make white people extinct and that everything from immigration from Muslim countries to accepting refugees from war-torn countries and giving political asylum to Central American migrants to multiculturalism are a threat to their very existence, let alone the privileged status? Is it difficult to decouple President Trump’s influence on these supremacists when he says that he would rather have Norwegian immigrants settle in the USA than Africans and Haitians from ‘shithole‘countries?

Last year we saw a White gunman killing 58 and injuring 525 music lovers in Las Vegas before taking his own life. It was a monstrous crime, the deadliest mass shooting in modern U.S. history and yet, the T-word was not used to describe this heinous mass terror. While a year-long police investigation has failed to find the killer’s motive, the enormous power of the pro-Republican gun-lobby NRA and its culpability could not be neglected in this massacre, as we also witnessed with the mass shootings this year at Marjory Stoneman Douglas High School, Parkside, Florida.

Many mainstream White Americans are also genuinely concerned about the direction America is heading under Trump on a plethora of issues. They are tired of his arrogance, demeaning remarks about women and minorities, relentless tweets, remorseless lies – half and full, despotic and abusive manners, unfathomed hostility towards the free press (minus, of course, the media outlets that are managed by Rupert Murdoch), and divisive policies at home and abroad that are pushing the boundaries further apart. Old friends are ignored, if not rebuked or reproached while new ties are tried and forged that may prove too fragile. Trump has withdrawn from the Iran Nuclear deal and has reinstated sanctions against Iran, violating international norms and laws. His confrontational policies with leaders of the European Union, Canada, Mexico, China, Turkey and the Palestinian Authority, let alone Iran, have made him look like an unruly bully who needs being disciplined. Through his recognition of Jerusalem as the capital of the Zionist State of Israel, he has lost international credibility to be a trustworthy partner and mediator for peace in the Middle East.

This year’s mid-term elections thus, carry extra weights for all those who would like to see a change for the better by undermining Trump’s power within the Capitol Hill.

Currently, the U.S. Senate has 51 Republicans and 49 Democrats (including two independents). There are 35 senatorial seats that are up for election in 2018, of which 26 are held by the Democrats. In order to control the Senate, that Democrats need to win 28 of these contested seats, which means that they must retain not only all their previous seats but must also add two others that are currently held by the Republicans. It is not going to be an easy task for them. Forecasters say that Democrats have only one in six chances of controlling the Senate.

If the pre-election forecasts are accurate then the Democrats have a much better chance (six in seven chances) of winning the House congressional races in 2018. For that to happen, however, the Democrats need to win a net 23 GOP-held districts. Still, only minor shifts across the House map could help Republicans cling to a majority.

House control has enormous stakes. Not only will it help to determine the country’s path on health-care, tax and immigration policy, but also it will shape whether Congress looks more deeply into Trump’s finances or potentially pursues his impeachment.

Trump knows that the 2018 midterm elections are going to be a verdict about his presidency and as such, he has been campaigning doggedly for the Republicans in tossup districts and states as if it’s 2016 election de ja vu.

To his conservative base, Trump has delivered on his election promises by being tough against others, repealing the Obamacare and filling up vacant federal court seats with conservative judges. His anti-immigrant policies and speeches have also been popular amongst many Republicans. Despite the big tumbling of the stock market in the recent months, economy seems strong, growth is up, and unemployment is the lowest in many years.

There is surely much that Trump could brag about his last two years of presidency. But the question is: will such achievements be enough to maintain the status quo in the Capitol Hill? Will the voters cast their ballots in favor of the Republican candidates who would continue supporting Trump’s ultra-nationalist causes and conservative views that have divided the country into the red and the blue and invigorated the white supremacists with their rather weird narratives that see them victims in a fast-changing demographic landscape where in order to protect their kinds and thus, making ‘America great’ again they must attack and kill first the ‘others’. Is that the ‘new’ America that most Americans like to morph into? I don’t.

Americans truly need a change to curtail Trump’s power. This Tuesday will show how serious are they to bring about that desired change.