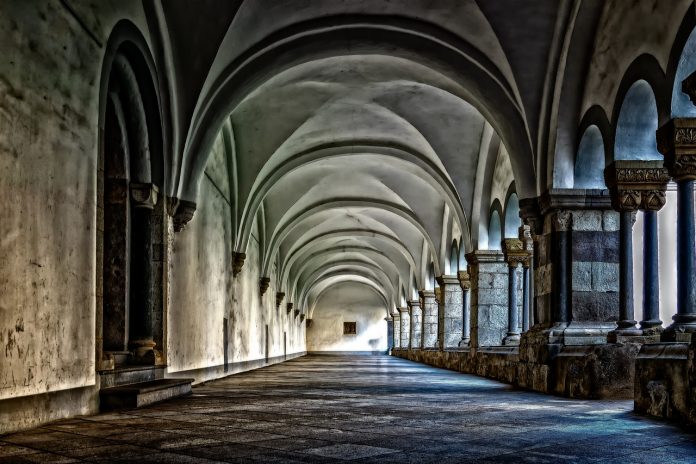 When Americans express concern about religious extremism and violence, they almost always are thinking about Islam. The problems posed by the politicization and weaponization of religion, however, are deeper, more widespread, and more dangerous.

Several years ago, I moderated a panel discussion on “Using Religion to Justify Violence.” The panelists, which included former government officials and prominent media analysts, focused their remarks exclusively on Islam.

When it was my turn to ask questions of the speakers, I attempted to broaden the conversation, asking pointed questions about: then-President George W. Bush’s penchant for saying that in executing the war against Iraq he was carrying out “God’s will;” or the growing threat of white “Christian militias” operating in remote areas of the US; or the Christian evangelical movement’s belief that Israel’s conquest of Palestinian land and oppression of Palestinians was justified by biblical prophecy. The panelists would have none of it and treated my questions as merely a distraction from their discussion of Islam and Muslims.

Just for the record, I have a Ph.D. in Comparative Religions and spent extensive time studying both the Abrahamic faiths and the religions of India. With this background, I feel comfortable asserting that all of the world’s major religions have groups and individuals who have used and are today using religion to justify violent behavior and extreme political objectives. In some countries, extremist and violent currents, far from being on the margins, are in the mainstream.

The current ruling party in India, the Bharatiya Janata Party (BJP), headed by Narendra Modi, rode to power on a wave of extreme Hindu nationalism. Modi himself was for many years banned from entry into the United States for the role he played in fomenting anti-Muslim riots that took the lives of over one thousand. And in Sri Lanka, there are Buddhist militias who complain that Muslims are occupying “Buddhist lands” and have, therefore, sworn to wipe out the Muslim threat to their island country.

Christianity, of course, has not been immune from these extremist currents. One need not go back to the Crusades or even to the way the Christian religious language was used to mobilize support for the two World Wars and other wars since that time. Back then, as patriotic crowds sang “Onward Christian soldiers…,” Americans were taught that we were killing “the Godless Huns.”

Just this month, Washington played host to Christians United for Israel (CUFI), which can only be described as a religious extremist group, arguing that their support of Israel is essential to carrying out God’s plan – which includes, among other things, the in-gathering of the Jews, their eventual conversion to Christianity leading to the Battle of Armageddon, and the return of Jesus. The fact that speakers at this event, including the Secretary of State and the Vice President, share this extremist ideology, and speak openly of fulfilling “God’s plan” must also be acknowledged.

And then there’s the problem of extreme Jewish nationalism which includes a number of influential Israeli parties and political and religious leaders among its adherents. A number of prominent rabbis have been quoted arguing that because “the souls of Gentiles aren’t human” the commandment “thou shall not kill” doesn’t apply to take their lives.

This problem, therefore, of the use of religion to justify an extreme political agenda is worldwide, as is the weaponization of religion – that is the use of religion to validate violence against others. This is clear enough in the case of the Sri Lanka Buddhist militias, Modi’s incitement against Muslims, al Qaeda’s or Hamas’ acts of violence against innocents or even those of the Jewish settlers who have tormented Palestinians in the occupied territories ( one prominent faction of which is called “Gush Emunim” – “the band of the faithful.”)

It is, therefore, of critical importance that we understand, expose, and combat this problem of the politicization and weaponization of religion – which is the use and abuse of religion.

In the first place, we must see it as a universal problem plaguing all societies. No religion is immune.

Next, we must understand that the reason why it occurs is less the fault of the particular religion, in question. There are no justifications that can be found in any of the religions, as they have evolved over time, to justify the slaughter of innocents or the violation of their rights or dispossession of their properties – not in the teachings of the Buddha, the Vedas, the Upanishad, the Mosaic Law or the prophetic vision of Isaiah, the Quran, or the teachings of Jesus.

Those who pluck a quote from here or there to validate their political ideology or justify their behavior, therefore, are not carrying out their faith as much as they are using the language and scripture of their faith to validate their politics. The reason it works is that religious language is evocative and has power. It’s one thing to say, “I’m killing you because I want your land” and quite another to say, as the Sri Lankan militants might say, “this is Buddhist land,” or the Jewish extremists say, “this is the land God promised to us.”

The bottom line is that discernment is in order. Faith is central to the understanding of religion. By definition, faith is different than certainty. It implies a belief in what is unknown. This is radically different than political ideology which is always certain. When religious language is used to validate political ideologies, the mix becomes a lethal brew. Religion is no longer “belief.” It is abused.

The question “why and how does this occur” has two answers. In the first place, blame must be cast on groups and leaders who exploit the power of religious language to advance their political agenda. And then there is the need to identify the root causes that lead some to join these groups and follow these leaders.

From both pollings, we have done and the body of sociological literature on this topic we are able to identify several factors – most of which point to the loss of control that individuals experience most often resulting from severe economic and political stress and social dislocation. In some societies, it may be due to the shock of urbanization and the rapid social change that follows. In other cases, it may be an economic recession, the loss of employment, and uncertainty about the future. Then there are those instances where prolonged disenfranchisement and discrimination result in individuals experiencing deep alienation. In all these situations, individuals lose their moorings and seeking answers to explain their circumstances, become easy prey for leaders or movements that exploit their fear and insecurity.

By couching their message with familiar religious language, these groups and leaders “explain” to their vulnerable targets the source of their followers’ sense of a lack of control. This usually includes two themes. First, there is a call to return to the “old ways” – from which we get the term “fundamentalism.” They will denounce the “sinful” present while glorifying (and “romanticizing”) a “perfect past.” This is often accompanied by a demonizing another group or a way of life that is identified as the source of present problems.

In different societies and at different times, this has taken various forms. The “other” may be: a vulnerable minority found within that society whose rise to power is feared as a threat to their “way of life”; a threatening external foe; or an emerging group within the society that is identified as the cause of the social dislocation. It may also be lifestyle changes resulting from social transformation.

This pattern holds true in every extremist movement I have studied, whether from the past or the present, or the West or the East. This abuse of religion that provides security and certainty to those who are experiencing a loss of control is a universal phenomenon. If merely left there, it would not be a danger. But when it masks a political agenda or when it justifies violence either by groups or state actors, it becomes a danger. To denounce it is one thing. But to limit our criticism to its manifestation in only one faith and to fail to understand and address its root causes, is quite another.