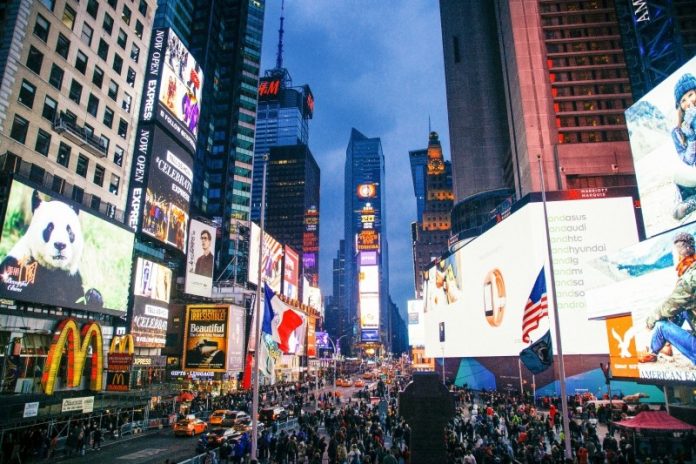 By any definition, the 2016 national campaign for the office of the President of the United States is the absolute pits. Nothing in past memory comes close to it. The personal mud-slinging by the major candidates, particularly on the Republican side, have reached new lows breaking all prior taboos. It is all like you’re watching some off-the-wall reality TV show.

On that point, think Donald Tump’s TV show, “The Apprentice.” It later morphed into the “Celebrity Apprentice.” More about that foolishness and his role in it later.

But first this key question: Who is mostly to blame for this unholy presidential election year farce and the trivializing of an otherwise important political event? Try Barbara Walters!

Stay on board, now, and hear me out. The dumbing down of America’s media and the way it has polluted politics didn’t happen overnight. It has a history and Walters has had a major role in it.

In the opinion of some media critics, Walters was never a journalist, but alway “an entertainer.” In fact, it was in her blood. Her late father was well connected in New York City and Las Vegas to show business personalities. He once owned the Latin Quarter nightclub in Manhattan, and a penthouse on Central Park West, along with a fancy pad in Miami Beach. Growing up, Walters was surrounded by luxury and celebrities. Her only connection to the reality of the working class were the servants in her family’s homes.

When the ever-so-gabby Walters entered the network news circuit, in 1976, Professor Jeffrey M. McCall underscored, she had “no journalistic credentials.” This is a fact that bothered “the grizzly news veterans of the day.”  She left the NBC’s “Today” show to co-anchor ABC Evening News. It became clear quickly to observers that her talky facade with its focus on shallow and soapy personalities, didn’t translated into a “serious news anchor desk.”

At that time, the ABC Evening News network was stuck in last place in the ratings. When Walters, mercifully, bailed out from that job two years later, McCall reminds us, “ABC was still dead last.”

Veteran newsman, the late Harry Reasoner, was the co-host with Walters. He hated every single minute of it. Reasoner had founded CBS’s “Sixty Minutes.” Walters was paid $1 million-a-year for the ABC gig, five times what Reasoner was making. Go figure.

Walters then drifted over to ABC’s “20/20” doing “soft interviews and hosting specials,” McCall continued. ABC News furthered empowered her fascination with the cult of the celebrity by letting her loose on a show entitled,” Most Fascinating People.”

On the latter program, the now “superstar” Walters raved about such “carnival attractions” as Honey Boo Boo, the (gasp) Kardashians and Miley Cyrus. It’s clear that none of this was the “stuff of journalism.” In further creating what McCall labeled, “the world of infotainment,” Walters also interviewed a number of presidents and politicos. The majority of those segments, true to her lightweight record, heavily emphasized personalities over any real news.

Pareene highlights one of Walters’ “Big Scoops,” an interview in 2011, with the Syrian dictator Bashar al-Assad. When she was vacationing in Syria in 2008, she met Assad and his wife, Asma. Walters called them “very charming and intelligent.” After the interview, “while Assad’s military was killing demonstrators across the country, Walters wrote letters recommending one of Assad’s aide who had set up the interview for a plum American media internship. With her help, the aide was accepted at Columbia.”

Walters’ record, Pareene wrote, “includes her tendency to interview her close, personal friends…and her habit of using her position to protect and cover for some of the worst abusers of power in the world.” He added this hard punch to the gut: Walters’ attraction to the “most soulless exemplars of American power is probably why she’s been so phenomenally successful.” Ouch!

Now, let’s look at Walters’ glorified chatfest, “The View.” She confessed that it wasn’t “Meet the Press.” The mini laugh-in show has been on ABC for close to 18 years. Walters was a co-owner, and co-host, for most of that time. Over the years, just about every leading political figure, such as President Barack Obama, would make an appearance. Serious political issues were mostly ignored and/or trivialized. Mindless gossip was its mainstay. Take one of the regulars on the show, windbag Whoopi Goldberg. She was one of the most persistent defenders of (double gasp) Bill Cosby!

All of the above is just a small sampling of how celebrity-obsessed Walters has negatively influenced the reporting of news and how it has, like a plague, impacted on the world of politics.

Enter Donald Trump: Billionaire, casino mogul, real estate magnate and TV personality! The transition of Trump into a serious Republican candidate for president was made possible, I submit, by his Manhattan confidant – Ms. Infotainment, herself – Barbara Walters!

As a candidate, Trump has simply changed TV “sets.” He’s doing that same ignorant, foul mouthed, bossy, intimating Trump persona, not on the scripted “Celebrity Apprentice” entertainment show, but now in the national political arena. Absent a near-miracle, Trump will be the standard-bearer of the Republic Party for the office of President in the general election in November, 2016.

In conclusion, America, you can thank mostly Barbara Walters, who zealously merged news with entertainment and politics, for this unholy mess.