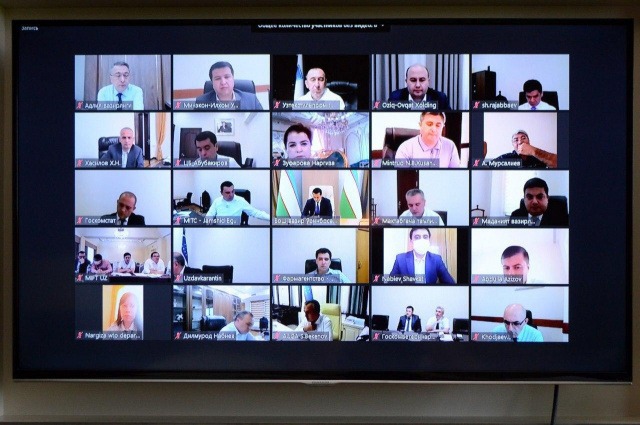 On June 29 this year, the fourth meeting of the Interdepartmental Commission for Working with the World Trade Organization (WTO) was held via videoconference under the leadership of Deputy Prime Minister, Minister of Investments and Foreign Trade of the Republic of Uzbekistan S. Umurzakov. The event was also attended by members of the Negotiating Group on Uzbekistan’s accession to the WTO.

At the meeting, issues related to the upcoming fourth meeting of the Working Group on Uzbekistan’s accession into the WTO were discussed.

Taking into account the current epidemiological situation, the fourth meeting of the Working Group on the accession of the Republic of Uzbekistan to the WTO will be held on July 7 this year in a hybrid” format, where delegations from diplomatic missions of foreign states in Geneva will be present in the conference hall of the Organization’s headquarters, as well as expert groups, including the delegation of Uzbekistan will attend the event via videoconference.

Following the meeting, a number of decisions aimed at the effective organization of the fourth meeting of the Working Group and the negotiation process as a whole, as well as increasing the responsibility of members of the Negotiating Group have been adopted.