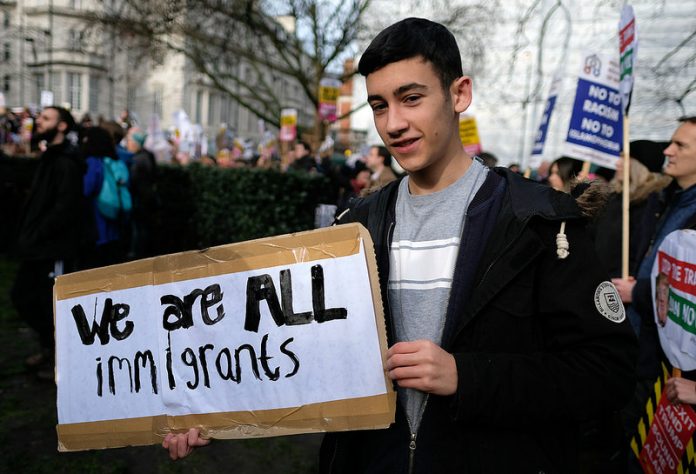 In a recent survey of potential adult migrants worldwide, 47 million said they would most like to move to Canada.

There are only 37 million people in Canada. The same goes for Australia: 36 million would like to move there; only 25 million do live there. Most of these would-be immigrants are going to be disappointed. In fact, Canada lets in just 300,000 immigrants a year; Australia 200,000.

Other developed countries are significantly less popular destinations, but potential migrants, amounting to around half the existing populations, want to move to the United States, France, Britain, Germany and Spain. They too are going to be disappointed.

In its most generous year, 2016, Germany let in a million immigrants, mostly Syrian refugees, but 80 million Germans are never going to let in the 42 million foreigners who also want to live there. Indeed, former US presidential candidate Hillary Clinton said bluntly last November that “Europe has done its part, and must send a very clear message: ‘we are not going to be able to continue to provide refuge and support.’”

Clinton was mainly concerned about how anxiety about mass immigration has fuelled the rise of populism in Western countries. That’s hardly surprising, given how Donald Trump’s tight focus on the alleged criminal and job-stealing propensities of Latino immigrants won over enough formerly Democratic voters in the Rust Belt states to give him the presidency.

It didn’t just work for Trump. It helped the Brexiters win their anti-European Union referendum in the United Kingdom, it brought the populists to power in Italy, and it underpins Viktor Orban’s ‘soft dictatorship’ in Hungary (even though Hungary has never let immigrants in, and they don’t want to go there anyway).

It is, of course, unemployment, which is much higher than the published (official) figures in every case, and is particularly high in the post-industrial areas that voted so heavily for Trump in the United States, for Brexit in Britain, and for ultra-nationalist parties in Germany. In the United States, according to Nicholas Eberstadt of the American Enterprise Institute, 17.5% of American men of prime working age (24-55) are not working.

So you can see why Hillary Clinton is concerned, but she seems unaware that the pressure of migration is also going to grow rapidly.

More than half of Kenyans would immediately move to another country if they could, a 2017 survey by the US-based Pew Research Centre discovered. More than a third of Nigerians, Ghanaians and Senegalese are actually planning to emigrate in the next five years, according to the same survey. (Good luck with that!)

Even a third of Chinese millionaires would like to emigrate (half if you include moving to Hong Kong as emigration). And all this is before climate change kicks the numbers into the stratosphere.

The chief impact of global warming on human beings is going to be on the food supply, which will fall as the temperature rises. And the food shortages will not affect everybody equally: the supply will hold up in the temperate zone (the rich countries), but it will plummet in the tropical and sub-tropical countries where 70% of the world’s people live. They will be desperate, and they will start to move.

That’s when the pressure of migration will really take off, and the rich countries are simply not going to let the climate refugees in. Not only would it stress their food supply too, but the numbers seeking to get in would be so large – two or three times the resident population – that it would utterly transform the country’s character. So the borders will slam shut.