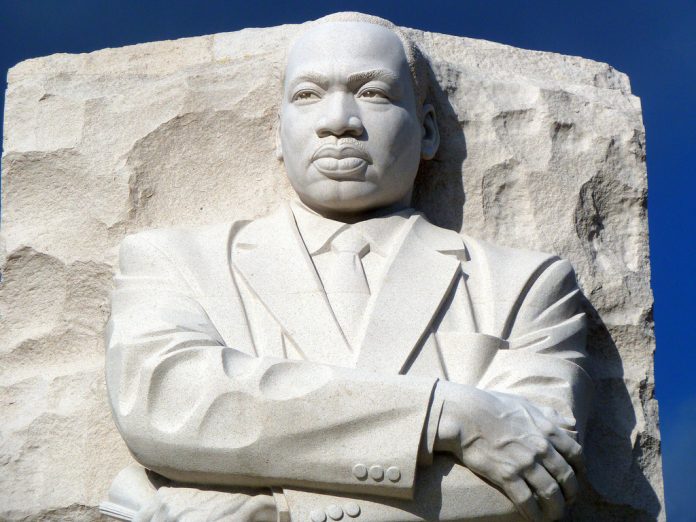 On April 4th, we commemorated the anniversary of the assassination of Reverend Dr. Martin Luther King Jr. Although it’s been 50 years since that terrible day, like many in my generation I will never forget the horror we felt, the profound sense of loss we experienced, and the feeling that we were standing at the edge of an abyss.

What followed in the days and months ahead, tragically validated our deepest fears. Rioting broke out in over 100 American cities, as traumatized African Americans rose up in shock and anger at the slaying of their beloved leader.

A few months later, Senator Robert F. Kennedy was also assassinated. And a few months after that, with Democrats meeting in Chicago at their presidential nominating convention, Chicago police and national guard units violently confronted a massive anti-Vietnam War protest that had gathered at the convention. As delegates inside the convention hall expressed their solidarity with the protesters, they were also met with violence.

It was a troubled time as issues of an unjust war, racism, and deep economic disparities that saw millions of Americans, black and white, locked in poverty, all came to the forefront. Dr. King stood at the center of the national debate on all these issues and precisely for that reason, he was reviled and hated by those whose interests he threatened.

There were some, especially northern liberals, who accepted Dr. King’s challenge to the “Jim Crow” laws in the south that had for generations enforced a system of racial segregation. But when he turned his attention to the no less odious segregation that defined black life northern cities, these same liberals balked in protest. And when Dr. King spoke out against the war in Vietnam, organized the Poor Peoples’ Campaign, and began to organize support for workers on strike for a living wage, they decidedly turned against him.

They had loved his “I have a dream” speech because it didn’t threaten them. But when he expanded his dream to challenge poverty, war, and social injustice and began to translate it into action, he was rejected and scorned.

What is so disturbing is how the Dr. King we have come to remember today is not the King who lived and worked among us, but a hollowed out, whitewashed, acceptable shadow of the man who challenges no one. As my friend and mentor, Jesse Jackson, wrote recently, “we owe it to Dr. King – and to our children and grandchildren – to commemorate the man in full: a radical, ecumenical, antiwar, pro-immigrant, and scholarly champion of the poor who spent much more time marching and going to jail for liberation and justice than he ever spent dreaming about it.”

With Jackson’s words in mind, I want to honor the memory of this remarkable visionary by letting King’s own prophetic words define his legacy.

On our shared humanity and interdependence:

“An individual has not started living until he can rise above the narrow confines of his individualistic concerns to embrace the broader concerns of all humanity”.

“All men are interdependent. Every nation is an heir of a vast treasury of ideas and labor to which both the living and dead of all nations have contributed. Whether we realize it or not…we are everlasting debtors to known and unknown men and women. When we rise in the morning, we go to the bathroom where we reach for a sponge which is provided by a Pacific Islander.  We reach for a soap that is created for us by a European. Then at the table we drink coffee which is provided for us by a South American, or tea by a Chinese, or cocoa by a West African. Before we leave for our jobs we are already beholden to more than half the world.”

On the moral challenges that we face:

“The ultimate measure of a man is not where he stands in moments of comfort and convenience, but where he stands at times of challenge and controversy. The true neighbor will risk his position, his prestige, and even his life for the welfare of others.”

“I have the audacity to believe that people everywhere can have three meals a day for their bodies, education and culture for their minds, and dignity, equality, and freedom for their spirits.”

On the fight against racism:

“White America must see that no other ethnic group has been a slave on American soil. That is one thing that other immigrant groups hadn’t had to face…America freed the slaves in 1863…but gave the slaves no land or nothing in reality to get started on. At the same time, America gave away millions of acres of land in the Midwest and the West.  Which meant that there was a willingness to give the white peasants of Europe an economic base. And yet it refused to give an economic to its black peasants from Africa who came here involuntarily, in chains, and who had worked for free for 244 years…And so emancipation for the Negro was really freedom to hunger…it was freedom without food to eat or land to cultivate.”

“To develop a sense of black consciousness and peoplehood does not require that we scorn the white race…it is not the race per se that we fight but the policies and ideologies that leaders of that race have formulated to perpetuate oppression.”

On the struggle for justice:

“True peace is not merely the absence of tension; it is the presence of justice.”

On his opposition to war:

“As I have walked among the desperate, rejected, and angry young men, I have told them that Molotov cocktails and rifles will not solve their problems. I have tried to offer them my deepest compassion while maintaining my conviction that social change comes most meaningfully through nonviolent action. But they asked, and rightly so, ‘What about Vietnam?’ They asked if our own nation wasn’t using massive doses of violence to solve its problems to bring about the changes it wanted. Their questions hit home and I knew I could never again raise my voice against the violence of the oppressed in the ghettos without first having spoken clearly to the greatest purveyor of violence in the world today: my own government. For the sake of those boys, for the sake of this government, for the sake of the hundreds of thousands trembling under our violence, I cannot be silent.”

“Today, young men of America are fighting, dying, and killing in Asian jungles in a war whose purposes are so ambiguous the whole nation seethes with dissent. They are told they are sacrificing for democracy, but the Saigon regime, their ally, is a mockery of democracy, and the black American soldier has himself never experienced democracy. While the war devours the young abroad, at home urban outbreaks pit black youth against young soldiers and guardsmen, as racial and economic justice exhaust human endurance. Prosperity gluts the middle and upper class, while poverty imprisons more than thirty million Americans and starvation literally stalks rural areas of the South.”

This is the prophetic Martin Luther King Jr. we should remember this week and every week.