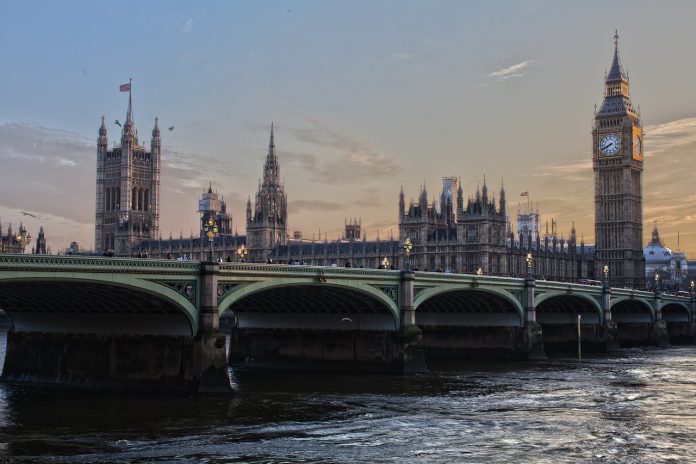 It is time to stop believing these infantile narratives the British political and media establishments have crafted for us. Like the one in which they tell us they care deeply about the state of political life, and that they lie awake at night worrying about the threat posed by populism to our democratic institutions.

How do they persuade us of the depth of their concern? They express their horror at the murder of an MP, Jo Cox, and their outrage at the abuse of another, Anna Soubry – both victims of the frenzied passions unleashed by Brexit.

But the political and media elites don’t really care whether politicians are assaulted, vilified or threatened – at least, not if it is the kind of politician who threatens their power. They aren’t seriously worried about attacks on democracy, or about political violence, or about the rottenness at the core of state institutions. Their outrage is selective. It is rooted not in principle, but in self-interest.

Is that too cynical? Ponder this.

Labour leader Jeremy Corbyn hasn’t faced just shouted insults from afar, like Soubry. He was recently physically assaulted, hit on the head by a man holding an egg in his fist. But unlike Soubry, our media expressed no real concern. In fact, they could barely hide their sniggers at his “egging”, an attack they presented as little more than a prank. They even hinted that Corbyn deserved it.

The media have been only happy too to vilify Corbyn as a Kremlin stooge and a former Soviet spy. Senior Tory Iain Duncan Smith this week called Corbyn “a Marxist whose sole purpose in life is to do real damage to the country” – a remark that, as ever went, entirely unchallenged by the BBC interviewer giving him a platform. Just imagine a Labour MP being allowed to accuse Theresa May of being a fascist whose only goal is to destroy the country.

But the BBC has never bothered to conceal its intense dislike of Corbyn. Its news shows have even photoshopped the Labour leader to make him look “Russian” – or “more Russian”, as the BBC and the rest of the media mischievously phrased it. Those who protested were told they were reading too much into it. They needed to lighten up and not take themselves so seriously.

Senior Conservatives, including the former defense secretary Michael Fallon, have regularly portrayed Corbyn as a threat to national security, especially over concerns about the Trident nuclear missile system. Many senior members of Corbyn’s own party have echoed such smears – all amplified, of course, by the media.

Those who suggested that the government and media needed to engage with Corbyn’s well-grounded doubts about the safety of nuclear weapons, or the economics and practicalities of the Trident programme, were derided – like Corbyn – as “pacifists” and “traitors”.

And the mood music to these political clashes was the quite literal demonization of Corbyn by the red-top dailies. Most famously, the Daily Mail photoshopped him as Dracula, above the headline: “Labour must KILL vampire Jezza.”

Then Corbyn became the target of another sustained smear campaign. It was claimed that this lifelong, very public anti-racism activist – who over decades had forged strong ties to sections of the British Jewish community, despite being a steadfast critic of Israel – was a secret anti-semite, or at best-providing succor, to anti-semites, as they overran the Labour party.

Was there any factual basis or evidence for these claims? No. But the British public was assured by rightwing Jews like the Board of Deputies and by “leftwing” Jewish supporters of Israel like Jonathan Freedland that evidence wasn’t necessary, that they had a sixth sense for these things.

Corbyn’s supporters were told that they should not question the wildly inflammatory and evidence-free denunciations of Corbyn and the wider Labour membership for a supposed “institutional anti-semitism” – and, with satisfyingly circular logic, that to do so was itself proof of anti-semitism.

The weaponization of anti-semitism through political spin by Corbyn’s political enemies, including the Blairite faction of the parliamentary Labour party, was and is a dangerous assault on public life, one that has very obviously degraded Britain’s political culture.

Too toxic to lead Labour

The smear was meant to override the membership’s wishes and make Corbyn too toxic to lead Labour.

It has also politicized the anti-semitism allegation, weakening it for a section of the population, and irresponsibly inflaming fears among other sections. It has deflected attention from the very real threat of a rising tide of rightwing racism, both Islamophobia and the kind of anti-semitism that relates to Jews, not Israel.

Then, there was the serving British general who was given a platform by the Sunday Times – anonymously, of course – to accuse Corbyn of being a threat to Britain’s security. The general warned that the army’s senior command would never allow Corbyn near Number 10. They would launch a coup first.

But no one in the corporate media or the political establishment thought the interview worthy of much attention, or demanded an investigation to find out which general had threatened to overturn the democratic will of the people. The story was quickly dropped down the memory hole. Those who sought to draw attention to it were told to move on, that there was nothing to see.

And now, this week, footage has emerged showing British soldiers – apparently taking their commanders’ expressed wishes more seriously than the media – using a poster of Corbyn as target practice out in Afghanistan.

Do the media and politicians really care about any of this? Are they concerned, let alone as outraged as they were at Soubry’s earlier discomfort at the verbal abuse she faced? Do they understand the seriousness of this threat to British political life, to the safety of the leader of the opposition, they themselves have stoked?

The signs are still far from reassuring. Theresa May did not think it worth using prime minister’s questions to condemn the video, to send an unequivocal message that Britain’s political choices would never be decided by violence. No one else in the chamber apparently thought to raise the matter either.

Sky News even used the footage to question yet again Corbyn’s “security credentials”, as though the soldiers might thereby have grounds for treating him as a legitimate target.

The clues as to where all this is leading are not hard to fathom. The white nationalist who drove into a crowd outside Finsbury Park mosque in London in 2017, killing a worshipper, admitted at his trial that the real target had been Corbyn. An unexpected roadblock foiled his plans.

The fact is that no one in the political or media class cares much whether their constant trivializing of Corbyn’s political programme degrades British political life, or whether their smears could lead to political violence, or whether four years of their incitement might encourage someone to use more than an egg and a fist against Corbyn.

So let’s stop indulging the media and politicians as they cite Jo Cox’s murder and Anna Soubry’s intimidation as evidence of their democratic sensibilities and their commitment to political principle.

The truth is they are charlatans. They will use anything – from the murder of an MP to confections of anti-semitism and smears about treason – to incite against a democratic politician who threatens their domination of the political system.

It is their refusal to engage with a political argument they know they will lose, and to allow a democratic process to take place that they fear will produce the wrong result, that is setting the scene for greater polarisation and frustration. And ultimately for more violence.

UN agencies appeal for $266 million to feed refugees in eastern...