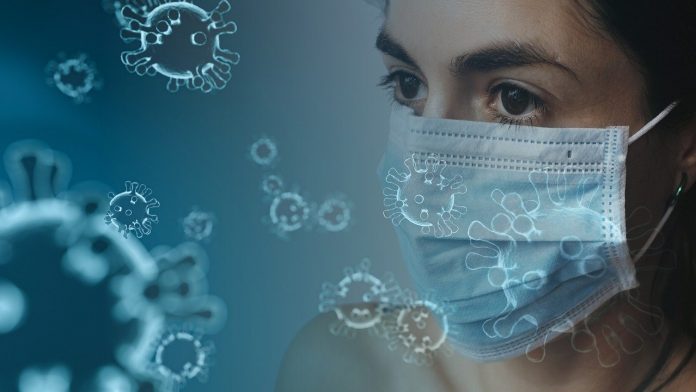 The COVID-19 crisis is taking a human and economic toll everywhere across the US. An additional casualty may be what it does to our political parties and our electoral processes, which were already struggling in a weakened state and may not survive the onslaught of this crisis.

Take, for example, the news that the Democratic Party decided to move their national convention from mid-July to mid-August because of concerns with COVID-19. Since the danger of contagion will not have passed by then and it still won’t be safe to bring tens of thousands together to conduct party business, the extra month simply buys more time for the party to figure out how to create a viable and acceptable process in which it can elect a nominee, issue a platform, adopt rules that will guide the party forward during the next four years, and take steps to ensure party unity.

Given the state of our politics, this will not be an easy task. Nor, it appears, are these even the major concerns of the party operatives involved in the decision to move the convention. Reading through the news articles reporting on this story, it becomes clear that the focus of party operatives is how best to stage the event to guarantee maximum TV coverage. This is what has become of our politics.

It wasn’t always this way. There was a time when political parties were actual membership organizations that mattered and national conventions were serious and sometimes contentious affairs where real decisions were made. I can recall watching the national conventions with my parents, sometimes all day, from gavel-to-gavel. They were unpredictable, exciting, important, and memorable.

When I was a youngster, my mother was an elected precinct captain for the Democratic Party. I remember going door to door with her to meet the neighbors, discuss their concerns, and ask for their votes. You knew who the party leaders were. They worked for you and, in turn, you worked for them. Being a member of mattered.

Now there are still are some state and local parties where members are consulted, where leaders are elected, and the party and its organization still matter. This, however, is not the way, in particular, the national parties operate.

The parties have largely become fundraising vehicles that raise hundreds of millions of dollars that are then spent on consultants hired to craft messaging used to design massive advertising campaigns. The consultants also assist in developing the tools to be used in “virtual organizing” efforts to raise more money and help get out the vote on election day.

In this new world, being a member of either the Democratic or Republican party means you are a name, a number, and an address on a list. What your membership earns you are all-too-frequent emails, phone calls, or direct mail solicitations for money.

In this impersonal world, members are treated more like a commodity. Increasingly, voters have become alienated from the political parties. As a result, over 40% of all voters no longer identify with either party.

Compounding this problem is the fact that competing with both parties for loyalty and attention is a growing number of groups that focus on interests or identity. There are, for example, pro- and anti-gun groups, organizations representing women, racial and ethnic groups, unions, businesses, etc. They may support candidates from one or another of the parties, but they remain independent, raise money, and organize on their own.

Also competing with the parties is the growing number of political action committees – that raise (oftentimes from anonymous sources) and spend more money than the parties while pursuing some of the same goals. These PACs will raise hundreds of millions to support specific candidates, or to advocate for issues embraced by either party.

All of this has further weakened the political parties, since it is no longer the parties that drive the national agenda. Instead, parties must seek the support of the interest groups or PACs in order to support their candidates or advance their agendas.

As a result, the national conventions, which were once the place where real politics happened, have become highly controlled stage-managed affairs, shorn of all drama. The more managed they have become, the less coverage they receive. They are no longer “must watch” events during which substantial debates will occur over civil rights and voting rights, workers’ rights, or nuclear weapons. Even before the delegates meet at a convention, the nominee is known, the platform is decided, and the speeches have been written and vetted by consultants. Instead of conventions, we are left with overly-long campaign commercials. This how our campaigns have largely been run in recent decades.

The elected delegates and party leaders, who in an earlier era were the heart and soul of the conventions – after all, it was they who were being convened to make the decisions for the party –have now been reduced to props in an audience who are there to clap, cheer, and carry signs on cue. Now, with COVID-19 hanging over us, even the props may be gone.

This year, Republicans should have no problem adapting to this new reality. Donald Trump put a final end to the Republican Party at the 2016 convention. He defeated the party establishment which then bowed to his leadership and transformed themselves into a party of one. There’s no longer a competing wing in the GOP. There’s nothing left to be decided. As the consummate showman, Trump will run his own show and entertain his followers, with or without a live audience.

Democrats, on the other hand, face a real dilemma. There remains a viable competing wing of the party that contests the establishment and demands to be heard and respected. With 20 states still not having voted, calls for Bernie Sanders, the leader of the progressive wing of the party, to drop out of the race and allow the establishment’s candidate, Joe Biden, to begin to plan the convention are both premature and dangerous.

Democrats will need to be unified and all signs indicate that Sanders’ supporters will not accept being silenced or stage-managed out of existence. If, given the cloud of COVID-19, voting in the remaining states is not viewed as fair and transparent, if the platform is written without input from the Sanders’ wing of the party, and if the convention is seen by them as a managed coronation, it will spell trouble for Democrats in November.

It’s too much to expect that between now and August the parties can reform themselves and become fully participatory organizations. And in all likelihood, we won’t have an in-person convention where we can involve all of the party’s competing voices in a fair and open process that leads to party unity. But between now and then, if Democrats want to win, they should be planning how, in the wake of COVID-19, to address the challenges they face in order to ensure that even in a “virtual convention” full participation is ensured that respects all wings of the party and builds unity.