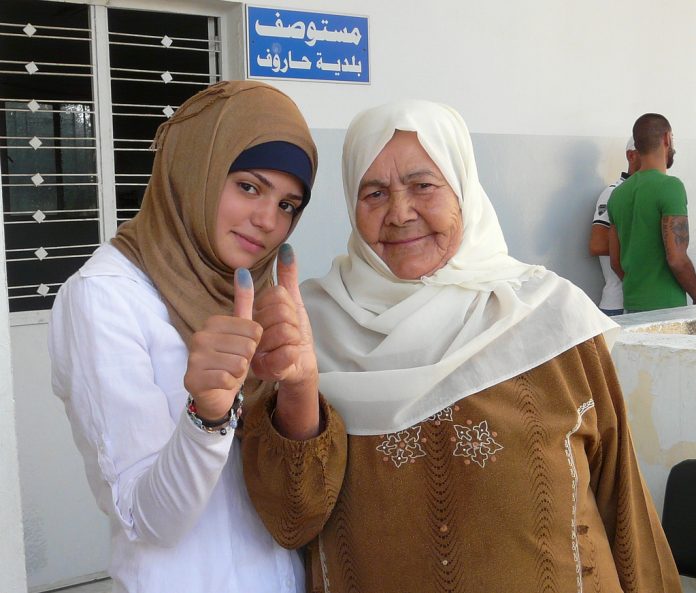 The sole remarkable “result” of the parliamentary elections in troubled Lebanon is that it did happen – and it was competitive.

A country of 4.5 million citizens hosting a million and a half Syrian and Palestinian refugees is nonetheless capable of running a relatively meaningful national election, albeit, with isolated disagreeable incidents and after several years of parliamentary extensions. A nation deliberately avoiding to update its census since 1932, for fear of exposing demographic change, still manages to renew its legislative body. A society that is sectarian in distribution of political power is nevertheless secular in lifestyle, liberal in religious freedom and effective in managing co-existence of a wide diversity of -18 officially recognized- religious communities.

To organize free elections requires respect for the law, appreciation for diversity and affinity for freedom. Over several decades, truly fair elections have been rare in the region.

The Lebanese badly needed to elect a new parliament since the terms of the previous legislature expired five years ago. Nearly half the newly elected members are newcomers (63 out of 128) but the leaderships of major factions have not changed; the strongest politicians are traditional warlords of a 1975-1990 civil war and co-opted-by regional powers- particularly Saudi Arabia, for one camp, and Iran for the other. The number of women elected doubled, from three to six.

It was a breakthrough to allow expatriates to vote abroad. Only a fraction of the expatriates registered, still a sign of hope for the future. On May 22 the leader of the Shiite AMAL movement Nabih Berri is expected to be re-elected (the sixth time) for the key position of the speaker of the parliament. The current Sunni Prime Minister Sa’ad Hariri is also expected to keep his position.

The resilience of the Lebanese state, its capacity to survive local and regional turmoil, is impressive. What is it that makes Lebanon resilient? Does the long standing sectarian system of power sharing serve to balance power among the diverse religious communities? Has the sectarian power sharing prevented emergence of national tyrants, as in other states of the region? Since its independence (1943), Lebanon has been spared the rule of dictators.

The most charismatic leader in the country is still Hassan Nasrallah, Hezbollah’s chief. Critics would say this is no longer the case. The electoral victory of Hezbollah has been overblown in the western media. The Shiite Lebanese resistance has won only 13 votes out of 128. With Hezbollah and its allies gaining seats in the new parliament the ideology of paramilitary resistance is still acceptable. Will this ideology gradually fade if the domestic instability arising from the Syrian and Arab-Israeli conflicts abates?

There is a high level of widespread corruption in Lebanese politics and in public service. Reform oriented grassroots movements are vibrant but they are not sufficiently coordinated to make a difference in political reform. The new parliament has a few figures who won with the support of authentic advocacy groups.

A large, wealthy and powerful Diaspora maybe the hidden secret underlying Lebanon’s resilience. Some might say that there are, in fact, two “Lebanons”- one domestic and the other expatriate. It is hard to tell which of the two“Lebanons” is larger demographically. It is not uncommon to meet Lebanese expatriates who have lost their ties and nostalgia to the “old home country”. Not many are willing to return for good, absent conditions of political stability in the country – and the entire region. It is the allure of family and neighborhood memories, the river and the sea, the fertile plains and the towering mountains, Hummous and Tabbouli, the Dabke dance, and Argheely (waterpipe) smoking by-the-brook, which keep some expatriates tied to the mother country.

Other factors are at play in making this East Mediterranean place an open society. Ease of access to multicultural education helps the Lebanese to adopt, and adapt to, modernity. In fact, the propensity of the Lebanese to crave for new ideas is a mixed blessing, especially for those who swing too far from tradition and from genuine roots. Lebanon arguably has the highest level of quality university education in the Arab world. Beirut has over a dozen institutes of higher learning, including three reputable international universities.

The role of the church and mosque, as central agencies of socialization, seems to be fading with time. It is no longer easy for the clerics in Lebanon to dictate their strict norms to the youth.

An interesting observation: a movement of gay rights is emerging in Beirut. As in other places, gay rights groups are cautiously networking with a variety of other right-based grassroots movements. An emerging gay movement in Lebanon is impacting, and being affected by, selected Arab urban communities, such as Dubai, Amman and Tunis.

The Lebanese citizen is relatively free but not a solid citizen. Loyalty to the state is weak not because the politics is sectarian, as many analysts would argue. It is rather the low level of national security which keeps the Lebanese discouraged, hesitant and ambivalent- having one foot inside the border and the other outside.

A legitimate national election alone does not make a truly democratic country. What is vitally missing is a context of national and regional security that would allow society to transition to a secular social order – without risking loss of freedom.