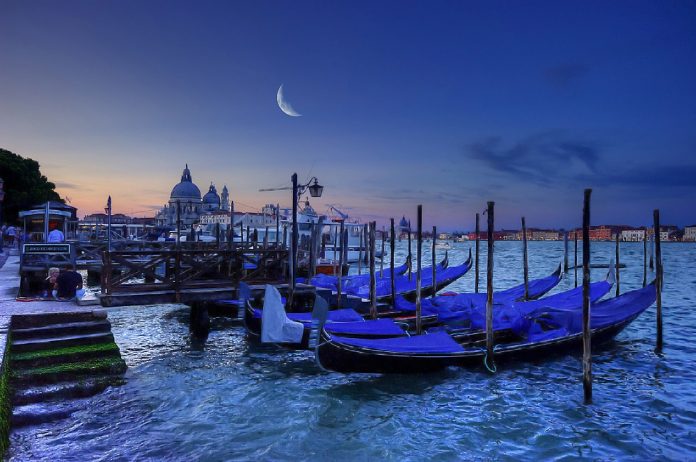 From the early days of Islam, Hilal, Crescent in English, is very significant in all Muslims’ social and religious functioning across the globe. The Islamic or Hijri calendar, which began from the day when Prophet Muhammad (PBUH) first set for Hijrah (migration journey) with his friend Abu Bakr from Makkah to Madinah on 12/13 September 622 CE, is officially followed by most Muslim countries in the world. This is a lunar calendar and revolves around the moon sighting in each month. Similarly, all major Muslim festivals and worship like the beginning of the month of Ramadhan, Eid-ul-Fitr, Hajj and Eid-ul-Adha are actually based on moon sighting around the world.

The 57 Organisation of Islamic Cooperation (OIC) member states or Muslim countries, including 22 Arab nations, have developed some sorts of moon sighting mechanism. Among them are Saudi Arabia, Pakistan and Malaysia, which are equipped with advanced technological means and both astronomical and religious resources to deal with one of the very important issues of Muslims – the new moon or the crescent which impacts their day-to-day business as all as religious practices. Majority of independent gulf countries, though place their own means to see the Eid and Ramadhan crescent, they follow the announcement from Saudi Arabia only.

One hardly finds any dispute among the citizens of a Muslim country with Ramadhan or Eid moon. All citizens of a country, at least, begin fasting with unity and celebrate Eids together without much botheration about moon sighting as how, where and who sighted the new moon. This is mainly because the moon sighting mechanism there is unified and controlled by the governments under the supervision of expert scholars. The case was the same in India too in the pre-British Muslim era with even a larger size and landscape of the country.

The modern India with nearly 180 million Muslims living here, which is 11 percent of total 1.8 billion world Muslim population and roughly half of the total population of 22 Arab League countries put together, could not develop a system with all easy means of communication and advanced technology of twenty-first century era by which one country one date, one day of Eid, same day of beginning of Ramadhan for all Muslims and the same day of national holiday can be assured for all Indians. The religion of Islam in India is as old as it has been in any Arab country. The shores of Malabar in the South and the coast of Konkan in the West found the light of Islam as early as during the lifetime of Prophet Mohammad (saws) in 624 CE and during the reign of second caliph Umar bin al-Khattab (634 – 644 CE) respectively.

This year in 2018 the Islamic month of Ramadhan began in two different dates in India and this can be the case with Eidul Fitr too. The metro city of Mumbai along with a few adjacent cities to it and some other places here and there began fasting on Friday, that was 18 May and rest of the country from South to North and from East to West began their Fast on Thursday, 17 May, 2018. The new moon for the month of Ramadhan was sighted in three Southern states of India – Tamil Nadu, Karnataka and Telangana on Wednesday, 16 May besides Kerala, which generally follows Saudi Arabia in matters of moon sighting, Arab countries and other neighboring Muslim countries. The Chennai, Bangalore and Hyderabad Hilal Committees, therefore, officially made announcements for the beginning of the month of Ramadhan from Thursday, 17 June, so was the announcements from Riyadh, Kabul and Islamabad.

The Indian Hilal Committees in rest of India like Imarat-e Shariah Bihar, Jharkhand and Orissa, Jamiat Ulama-e Hind and the Central Hilal Committees of Jama Masjid Delhi and Nakhoda Masjid, Kolkata after due consideration went with South Indian announcements thus declared Thursday, 17 May, the first day of Ramadan for the year 1439 AH or 2018 CE. On the other hand, the Hilal Committees of Mumbai both from Deobandi and Barelvi schools rejected announcements from southern states and did not consider witnesses or proofs of moon sighting from that part of India positively thus they declared on 16 May that the moon of Ramadhan was not sighted this evening, therefore, the first day of Ramadhan would be on Friday, 18 May, 2018 only.

This, however, was again rejected by Ahle Hadith group in Mumbai which officially went with its main body in Delhi and declared 17 June, Friday, as the first day of Ramadhan. Members of Ahle Hadith School in Mumbai and a few individuals from Deoband School who did not find the decision of Central Hilal Committee of Jama Masjid Mumbai convincing went with rest of India and observed Fast from Thursday. Mumbai itself is a divided city as far as the beginning of Ramadhan is concerned in this 2018, majority of Muslim Mumbaikers began fasting from 18 June, Friday, but a section of Muslims within the city did observe Roza from the previous day.

The pertaining question arises here is, why this is so? If Hilal Committees situated as far as in Guwahati, Kolkata, Patna, Lucknow and Delhi find it acceptable to go with Chennai, Bangalore and Hyderabad, then why the same Hilal Committees of Mumbai who are just a few hundred kilometers away from some of these South Indian cities find it unacceptable? If rest of India considers the Crescent in the sky over the Indian city of Chennai is same for the whole of India then why some of the members of Mumbai Hilal Committees make it an issue and decide otherwise? Are these gentlemen religiously and scientifically capable enough to make such a bold overturn which impacts millions? They might have, of course, some arguments to put forth but the main issue is not done. There is a confusion among common Muslims, when will be Eid and whom to follow.

Something is seriously wrong somewhere. Muslims of India need to fix it sooner than later and once for all. At one point of time, both Mumbai and rest of India cannot be right or wrong in the same issue with different decisions. One party is right and the other one is obviously wrong, this is common sense.

This is uncalled for and against the beautiful unity of Islam that two Muslims living as neighbors in the same city but one is fasting and the other is celebrating Eid! There is no complication in Islamic Fiqh (jurisprudence) in this issue. Muslim scholars have unanimously resolved the issue of moon sighting much earlier in India. The Hanafi school of Fiqh which is followed by majority Muslims in Indian sub-continent makes it clear that Matla (astronomic boundary of the moon) will be considered same for an entire country. Therefore, moon sighted in Karnataka or Chennai will be considered for all of India. The same is placed in the constitution of Central Hilal Committee of Jama Masjid Mumbai under article No 12, it reads: “(A) the difference in Mataly (plural of Matla) is valid. (B) Our country India is a single Matla.”

It is obviously clear that the problem is not with Islamic text, nor with Fiqh, it may be with the understanding or explanation of the text by certain individuals. Hence, this whole mess of Roza (Fasting during the month of Ramadan) beginning in different dates within India and subsequently a possible Eid on different days in Delhi and Mumbai is a creation of various Hilal Committees which cropped up like unwanted plants in the rainy season on streets at all major district centers, big cities and the states of India. We have a Hilal Committee in Kishanganj of Bihar which makes announcement contrary to what the one in Patna has done from Bihar’s capital city. Similarly, Bhatkal of Karnataka and Malegaon of Maharashtra have their own Hilal Committees in addition to those in their capital cities. Pune which is just 150 kilometers from Mumbai has a different Hilal Committee which decided to begin with Ramadhan Fast from 17th June this year, with rest of India, and did not follow Mumbai.

The issue has been of lack of coordination and trust among various Hilal Committees in India. There seems to be a race of branding and marketing among some Muslims NGOs with this pure spiritual issue of moon sighting as whose letterhead would go first in public with a text message for media and social networking groups with news of the Crescent either sighted or not sighted, hereby the particular name of NGO avails popularity.

Muslim Indians can permanently resolve this serious issue by adopting one of the following three options:

The issue needs to be addressed by Muslims themselves first before it takes an ugly shape. It doesn’t make sense that an employee is not sure if it will be Eid in Mumbai too if it is already declared in Delhi. It disturbs work everywhere – Government offices, private sectors and schools. Eid is a national holiday; it should be on the same day for all, in all places of India. We are not sure if Eid-ul-Fitr is declared in Delhi for Friday, 15 June, following 29 days of Ramadhan, will it be for Mumbai too because then they will have observed only 28 days of Ramadhan and in the lunar calendar, a complete month is either of 29 or 30 days only? If Delhi and rest of India observe 30 days of fasting and celebrate Eidul Fitr on Saturday, 16 June, then only there will be a way out without much chaos and confusion among common Muslims.

Jamiat Ulama-e Hind, with pan India mass bases, and All India Muslim Personal Law Board, an umbrella body with members from all Muslim sects, may initiate the process if they wish to keep it free from government influence. Else now or then a Central Government will take the call to settle the boiling issue without much opposition from common Muslims.