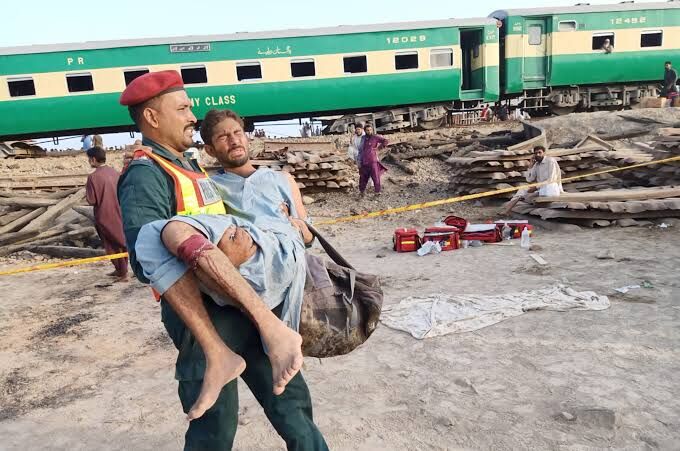 Pakistan Railways spokesperson told that the collision occurred at a railway crossing located between Farooqabad and Bahali Wala on Friday.

All eight injured are being shifted to District Headquarters Hospital, Sheikhupura, according to Rescue 1122 officials.

Around 25 Sikh pilgrims were going to Gurdwara (Skih temple) Sacha Sauda from Peshawar while the train was enroute to Lahore from Karachi.

Hospital sources said some of the injured are in critical condition.

This is the second major train accident in Pakistan in the past four months.