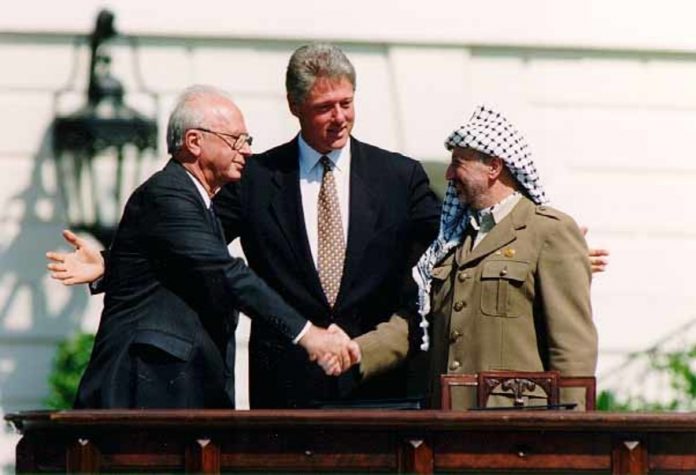 In recent weeks, the Trump Administration has taken a series of drastic punitive actions against the Palestinian people. Some analysts have accepted the official White House explanation that many of the actions were done either out of displeasure with actions taken by the Palestinian leadership or as pressure forcing them “to take steps to advance the start of direct and meaningful negotiations with Israel.” I disagree. When added together, the Trump Administration moves are so all-encompassing and far-reaching that I suspect a more ominous intent.

Here’s what the administration has done:

All of these actions, taken together, tell me that the Trump Administration has fully embraced the hardline worldview of Israel’s Likud. They reject not only the Palestinian right to self-determination, they also do not accept the very idea of Palestinian “peoplehood”.

The plans they have announced would sever the West Bank from Gaza and leave East Jerusalem and the 28 Palestinian villages trapped within the Israeli-annexed “Greater Jerusalem.” Meanwhile, as a result of the Trump Administration’s declared intention to economically strangle UNWRA and end this program, the Palestinians in refugee camps in Lebanon, Syria, and Jordan would not only be forced to give up their property rights and their “right of return”, they would be turned over the United Nations High Commissioner on Refugees to be resettled in other countries.

If this Trumpian approach were to succeed, the Palestinian nation would be dismembered and dispersed. In their mind, it would cease to exist.

The Israelis, for their part, have been given carte blanche. They get: Jerusalem; an end to the “refugee problem;” the right to declare that only they are entitled to self-determination; freedom to demolish and build, as they wish, in the occupied lands; and an increasingly economically deprived Palestinian population that they hope will either submit to Israel’s will or be forced to leave.

All of this calls to mind an earlier era; when Zionists referred to Palestine as “a land without a people for a people without a land;” or Golda Meir’s “It was not as if there was a Palestinian people in Palestine… They did not exist;” or the religious Zionist claim that God gave this land to them and they should deal harshly with the “strangers” whom they find there.

This hardline Israeli rejection of Palestinians as a nation and a people with rights was to have ended with the Oslo Accords, signed 25 years ago. In the introduction to that Accords, Israel and the Palestinians recognized each other’s right to self-determination. What was left, was to find the way to implement that mutual recognition. Succeeding US administrations failed miserably in pressing the parties to implement the Accords.

For example, instead of “striking while the iron was hot,” the Clinton Administration, operating with the faulty assumption that the Israelis and Palestinians could do it on their own, lost precious time, allowing hardline Israelis, Palestinians, and Members of Congress to sabotage the fledgling process.

As a frequent visitor to Israel/Palestine in those early years, after seeing the expanding Israeli forms of repression, the growth of settlements, and increased Palestinian bitterness and despair brought on by dramatic spikes in unemployment and poverty, I wrote “if there’s a ‘peace process’ someone forgot to tell the Israeli occupation forces and the Palestinian people.”

The situation went from bad to worse. Israeli politics became more hardline. The “Palestinian Authority” became an economic dependency and a security force without any real control over their territory, their land and their ability to develop. The US, failing to address the asymmetry of power (Israel had it all, while the Palestinians had none), largely functioned as a self-willed impotent shepherd of a dying “peace process” – oftentimes acting less like an “honest broker” and more like the begrudging enabler of Israel’s bad behavior.

And then the peace process died, an unannounced and unacknowledged death. Only the fiction of a process remained.

Now, with the Trump Administration, the mask is off and the fiction has ended. As it takes shape, as revealed through this administration’s recent actions, Trump’s “ultimate deal” appears to be not a formula for a just peace, but a forced Palestinian acquiescence to the Zionist vision for Palestine. Recognizing this, an Israeli commentator recently sarcastically wrote: “First Trump took Jerusalem off the table, then he took the refugees off the table, all he has to do now is take the Palestinians off the table – and I guess we’ll call it peace.”