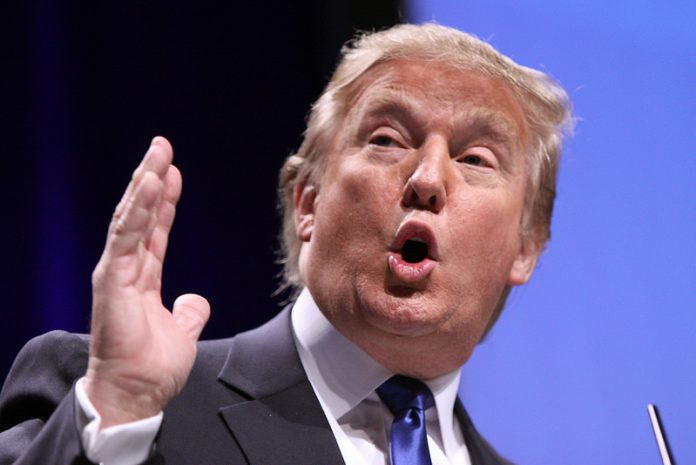 At the very moment that the US Congress was voting to impeach him, Donald Trump was having the time of his life haranguing the crowd at Michigan campaign rally. He denounced Congress, ridiculed or demonized his Democratic rivals, boasted of his “many victories,” and appeared to feed off of the energy of his cheering fans. Even with his complaints about what he called a “hoax,” “scam,” and “witch hunt,” what came through was that he was exactly where he wanted to be. I actually think that Donald Trump wanted to be impeached.

Ever since his 2017 inauguration, he has appeared to be taunting Democrats to take this very step. I’m not speaking about his shockingly controversial Executive Orders or his profanity-rich and vulgarity-laden rants, neither of which constituted impeachable offenses. These were designed to excite and incite his supporters and to provoke his opponents. More to the point of impeachment, Trump repeatedly pushed the envelope with far more serious behaviors. He has, for example, repeatedly: violated the emolument clause of the Constitution; fired or threatened to fire individuals who were investigating him or his associates; flaunted his controversial and questionable relationship with the Russians; refused Congressional requests and subpoenas for documents or testimony.

From the moment Democrats won control of the House of Representatives in 2018, they were under pressure to act against Trump’s unacceptable actions. The party’s leadership, however, was hesitant to take the bait. What finally pushed them to act as a whistleblower’s complaint alleging that the president had used the authority of his office and pending US military aid to pressure the Ukrainian government to launch an investigation into possible corruption by the son of one of Trump’s potential 2020 Democratic challengers, former Vice-President Joe Biden.

Speaker of the House Nancy Pelosi and the Democratic leadership were not inclined to take the matter directly to impeachment, for a number of reasons. They wanted Democrats to focus on building a legislative record and not allow themselves to be distracted by the sideshow emanating from the White House. Democrats also didn’t want to give Trump a new grievance with which to rally his troops. And finally, Democrats knew that the Republican-led Senate would never vote to remove an impeached Trump from office, making the entire enterprise an exercise in futility. Initially, therefore, the Democrats decided to launch only an investigation, without committing to impeachment.

However, once the process began, Trump “upped the ante.” He refused to turn over requested documents or to allow administration officials to appear before the investigating committee, all the while berating the Democratic leaders involved and goading them to strike out against him.

In the end, Trump gave the Democrats no choice but to proceed with impeachment. And yet, even here, his bizarre obstruction continued. On the one hand, he denounced the process as “one-sided” and grossly unfair. At the same time, by refusing to allow his aides and White House officials to testify, Trump ensured that the process would be one-sided.

Now, he has been impeached and despite his protestations and feigned outrage, I believe that this president is quite pleased with himself. Unlike politicians who run and govern by trying to broaden their base of support, Trump has focused exclusively on his base, alternately entertaining them and inciting them. He is a divisive figure and thrives both on both the love and hate he generates.

Polling shows that Trump’s support among Republicans has remained in the mid-’80s throughout this impeachment process and that the partisan divide is deeper than it has ever been, with support among Democrats in the low single-digits. Overall, his support averages out to about 42%. Given our country’s historically low voter turnout, both Trump and the Republican leadership appear to believe that this base, if sufficiently mobilized by anger, outrage, or fear, constitute a large enough voting block that they can deliver victory in 2020.

That is one of the reasons why this impeachment has been so different than the Nixon or Clinton impeachment proceedings. Nixon’s Republican support plummeted and he was forced to resign. While Clinton apologized for his sexual indiscretion, his support actually grew as both Democrats and a number of Republicans were disturbed by the idea that Congress would impeach the president over an embarrassing situation. Neither Trump nor the GOP appears to care that he has been impeached. There’s no embarrassment, no pressure to resign. In fact, appear ready to use this impeachment as an election issue in 2020. This will only make our country more deeply divided. But it appears that this is what Trump wanted all along.