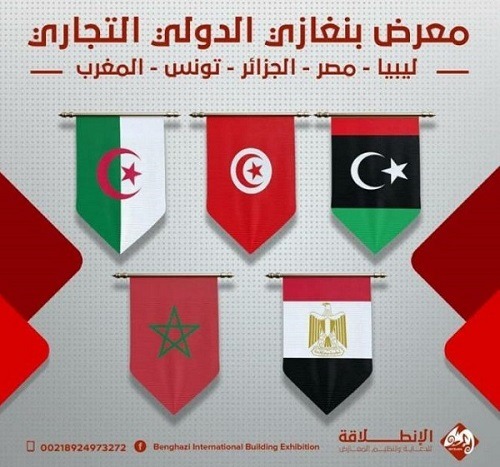 Tunis (UNA-OIC) – The Tunisian-Libyan Economic Cooperation Council called on Tunisian companies operating in various fields, Tunisian businesspeople to participate in the International Fair of Benghazi (Libya) to be held from 17 to 21 October 2021.

The event, which was originally scheduled to be held last August at the initiative of the Eastern Regional Branch of the Libyan Business Council and under the auspices of the Libyan Center for Export Development, was postponed due to the closure of the borders between Tunisia and Libya.

The International Fair will attract around 300,000 visitors, amid the participation of about 500 companies from Tunisia, Algeria, Egypt and Morocco. Three exhibitions will be held on the sidelines of the event, namely “Libya for Building and Construction”, “Libya for Household Appliances”, and “Benghazi International Fair of Food”.