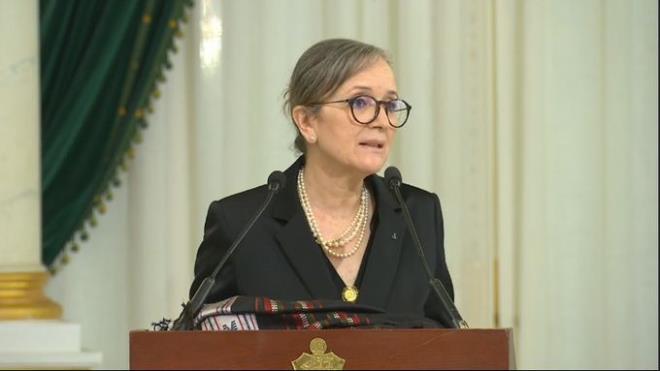 Tunis (UNA-OIC) – Tunisian Prime Minister Najla Bouden announced today, at Carthage Palace, her government lineup, composed of 24 ministers and a secretary of state to the foreign minister of foreign.

Najla Bouden and members of her new government took the constitutional oath Monday before President Saied.